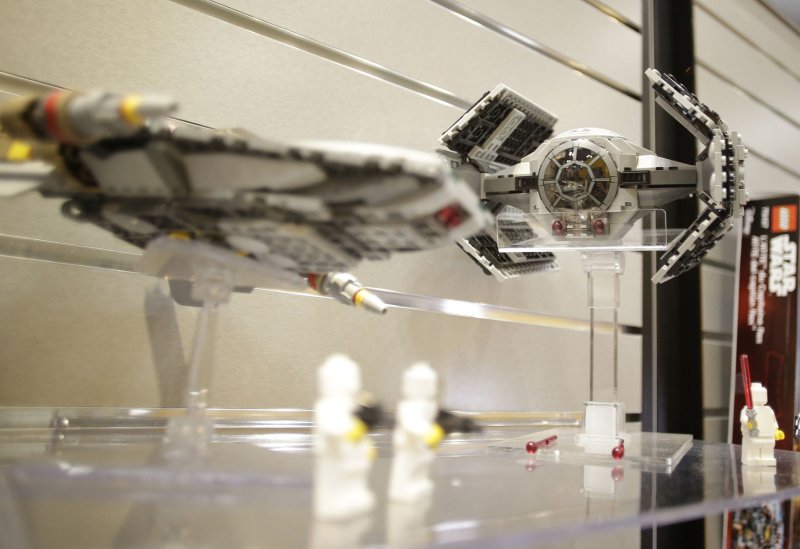 The sets of plastic bricks on display over the weekend, available for sale later in the year, are designed to recreate scenes from the original Star Wars film trilogy; another set for the newest film, The Force Awakens" the Star Wars: Rebels television show and the Lego Star Wars: The Freemaker Adventures animated series, a television series done with Lego-like characters, to be presented in the United States on the Disney XD channel. It is set between the eras depicted in The Empire Strikes Back and Return of the Jedi.

Of iconic moments from the original trilogy, Lego will offer Han Solo getting frozen in carbonite, the "Rebel Alliance Battle Pack," the "Galactic Empire Battle Pack," "Hoth Attack" and "Droid Escape Pod. A larger "Assault on Hoth Base," a 2,144-piece Lego construction replicating the base from The Empire Strikes Back, will cost about $250 when it released in May.

Buildable characters from The Force Awakens were on display at the show and are available in stores.

Also seen at the show were additions to Lego City's Volcano Explorers collection, updated Fire, Airport and Minecraft sets and sets featuring Lego Jinjango, whose characters will be the subject of a movie in 2017.