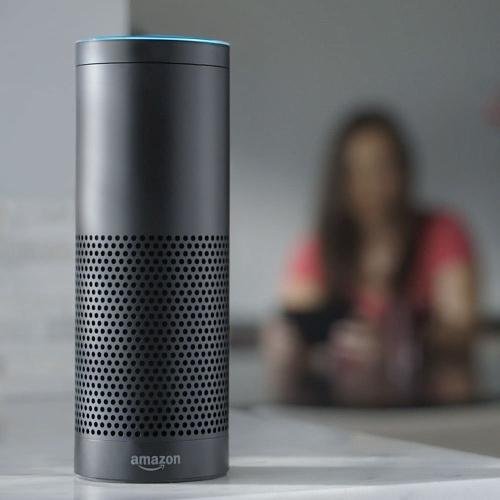 The Amazon Echo has partnered with Domino's, Uber and Spotify to expand its features ahead of the Super Bowl. Photo courtesy of Domino's/Amazon

SEATTLE, Feb. 6 (UPI) -- The purpose of the Amazon Echo is blossoming with the addition of new partnerships with Domino's, Uber and Spotify.

The Bluetooth speaker and virtual personal assistant is said to be evolving and becoming an at-home contender in the world of mobile-based assistance from the likes of Apple, Google and Microsoft.

As part of a week of consistent big announcements ahead of Super Bowl Sunday, Amazon on Friday disclosed its new partnership with global ride-sharing startup Uber, making it possible to order a ride without using a phone.

Then, on Thursday, Amazon announced its partnership with Spotify, which allows users to make verbal music requests on the streaming service without lifting a finger.

"Now playing your favorite music from Spotify is as easy as asking Alexa," Amazon Alexa Director Toni Reid said in a statement. "Music is one of the most popular features on Amazon Echo, and Spotify has been one of the most requested services."

Just before that, on Wednesday, Amazon announced it will be working with Domino's to allow hands-free delivery and order-tracking.

"The magic of ordering pizza without lifting a finger and just using your voice is now a reality with Alexa and Domino's," Alexa Director Rob Pulciani said at the time. "We've made it easy for companies like Domino's to use the Alexa Skills Kit to create more natural, intuitive ways for customers to interact with their services."

Speaking to Wired, Forrester research analyst said Amazon's move shows the company "understands both the power of what it is offering -- a persistent personal assistant that's just a voice command away -- and the urgency of what it's doing as other major competitors are rapidly increasing the reach of their voice agents as well."

The Amazon Echo is currently available for purchase on Amazon.com for 179.99.