Sony announced Wednesday that Playstation 4 has topped 30 million units sold worldwide since its launch in November 2013. Photo courtesy of Playstation/Instagram

The milestone was reached within about two year's of availability after the Playstation 4 launched in November 2013.

This puts the Playstation 4 ahead of the company's top-selling console the Playstation 2, which only shipped to retailers, not sold to consumers 30 million units within a similar two year timeframe.

"We are sincerely grateful that gamers across the globe have continued to choose PS4 as the best place to play since launch two years ago," said Sony Computer Entertainment president and CEO Andrew House in an official statement. "We are committed to bringing engaging games and entertainment services to users worldwide. Thanks to the support of our partners, PS4 continues to be the premier platform for game and interactive entertainment innovation."

Microsoft has not updated the sales numbers for Playstation's main competitor, the Xbox One, which launched a week later in 2013. Last year Microsoft pegged their console as having sold 10 million units, a number close to Nintendo's Wii U's numbers sold as of Sept. 30th.

In October, Sony cut the price of the PS4 by $50 bringing the consoles cost down to $349. As Black Friday sales approach, the system will be available at select retailers for a lesser $299 instead. 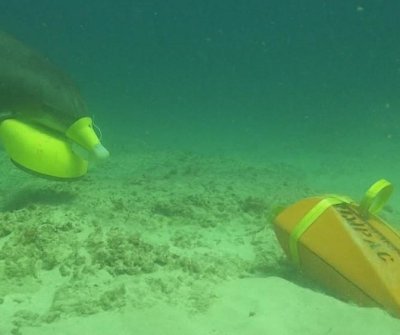 Defense News // 2 hours ago
U.S., Japan kick off Northern Viper exercise in Hokkaido
Jan. 28 (UPI) -- Armed forces from Japan and the United States have kicked off a new iteration of the training exercise Northern Viper in the Hokkaido Prefecture of Japan, the Marine Corps announced.