GM sales up in May despite string of vehicle recalls

Other automakers also posted better-than-expected sales for May, exceeding estimates made by auto analysts. 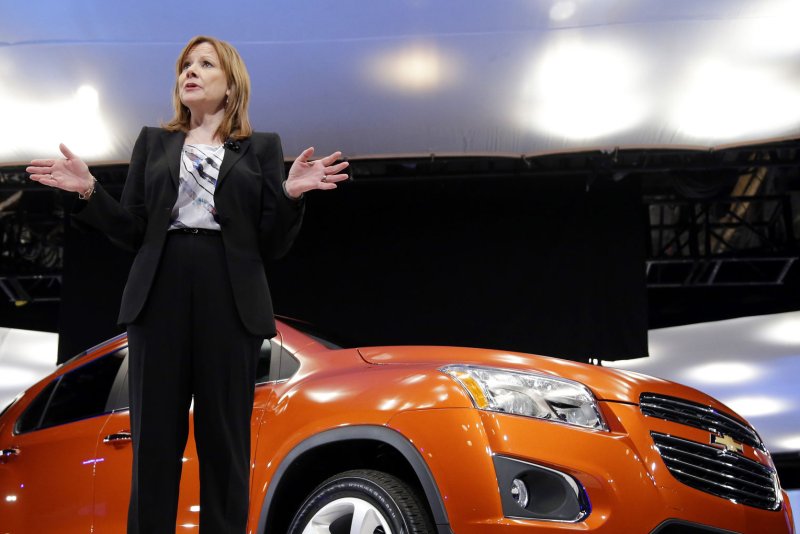 General Motors CEO Mary Barra has had to deal with the global fallout of the nearly 13 million vehicles recalled by the automaker for varied mechanical issues. UPI/John Angelillo | License Photo

DETROIT, June 3 (UPI) -- General Motors posted a 13 percent rise in sales for May, even as it deals with the fallout from the nearly 13 million cars recalled, some linked to fatalities.

GM said the monthly sales growth was the best since August 2008 and was far better than the 3 percent growth reported by Ford, but lagged behind the 17 percent rise at Chrysler. Industry analysts had predicted good sales in May, partly due to Memorial Day weekend sales, but these figures have exceeded those expectations.

GM said it sold 284,694 total vehicles in May, up from 252,894 a year earlier. Retail sales were up 9.7 percent while fleet sales jumped by 21 percent, marking the highest monthly volume ever, according to the car maker.

"The momentum we generated in April carried into May, with all four brands performing well in a growing economy and 17 vehicle lines posting double-digit retail sales increases or better," said Kurt McNeil, vice president of GM's U.S. sales operations.

Ford's sales were up a modest 3 percent to 254,084, fueled by the popularity of its Fusion mid-size sedan and Escape crossover SUV, both of which recorded more sales in May than ever before.

Chrysler, the other big winner, sold 194,421 vehicles in May, up from 166,596 a year earlier, its best sales month since May 2007. The car maker saw a 38 percent rise in truck sales, while car sales fell 27 percent. Sales of its Jeep brand rose a staggering 58 percent and its Ram brand grew by 19 percent.

"Our Jeep sport-utility vehicles and Ram pickups continued to do well in May as our dealers reported brisk May sales over five weekends and the Memorial Day holiday," said Reid Bigland, head of Chrysler's U.S. sales.

Nissan also performed well registering a 19 percent growth for the month from a year ago. Fiat, which only sells the 500 minicar and larger 500L in the U.S., was up 18 percent, its best month since it returned to the U.S. in 2011.

RELATED eBay bid for lunch with Warren Buffett passes $350,000
RELATED Manufacturing in May slips after strong growth in April