Happy, the new mascot, seems to have scared of a lot of people on social media with his terrifying looks.

The new animated Happy Meal character will be introduced nationwide May 23, and was originally introduced in France in 2009. Happy is expected to be an ambassador for balanced and wholesome eating and bring "fun and excitement" to children's meals.

But social media, especially Twitter, has exploded with tweets from users suggesting that the mascot looks so terrifying it will automatically stop children from eating McDonald's. Happy is a red box, similar to McDonald's fries' packaging, and has arms and legs with two beady eyes with the golden arches on its head.

And here are some of Twitter's reactions to Happy:

Some users were worried about Happy's intentions.

They gave it LEGS too, so it can CHASE you! McDonald's introduces terrifying new Happy Meal mascot http://t.co/vfBJJLL6HF via @TheAVClub 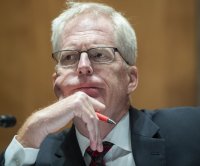 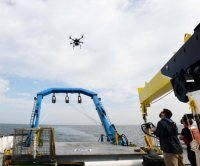