After announcing the project in 2011, Steve Perlman now says he has created a technology that could do away with dropped cell phone calls and low download speeds.

After announcing the project in 2011, Steve Perlman now says he has created a technology that could do away with dropped cell phone calls and low download speeds. (CC: DaveLawler)

SAN FRANCISCO, Feb. 19 (UPI) -- Steve Perlman of Artemis Networks has unveiled a new wireless technology called pCell that provides a user with full-speed wifi access even if they are sharing the network with others.

The technology, which could potentially succeed LTE, provides every user with their own dedicated wifi stream, ensuring that they have access to high speeds without having to share the bandwidth with others. This, Perlman says, will reduce the number of dropped calls and at the same time provide high-speed downloads.

"PCell delivers on the long-sought dream of ubiquitous, fast Internet, with the reliability and consistency previously only achievable through a wired connection. pCell is effectively mobile fiber," said Perlman in a statement.

At present if one were to stand in a congested area, the signal sent out by the nearest cell phone tower is shared with everybody else in range. This means that if there are too many people on that network it will cause interference, resulting in slower services. PCell will take advantage of this interference and will combine the transmitted signals from different pCell transmitters, giving each person their own dedicated "personal cells."

RELATED Google to Glass users: Don't be a 'Glasshole'

According to Perlman, the technology is ready-to-use with iPhone 5s and 5c, Samsung Galaxy S4, LTE dongles, and MiFi device. With LTE devices, it will run them on the pCell network and if there area does not have this technology will revert back to conventional cellular coverage.

Perlman successfully sold WebTV Networks to Microsoft for more than $500 million, which has now been renamed MSN TV. He first announced this project in 2011 and has apparently funded the entire project on his own. Perlman has been unable to attract any investment in his project because most investors didn't believe such technology could actually work.

“They invariably bring in experts who say it doesn’t really work,” he said. “I am showing them a demo, but they remain convinced that it’s something else.” 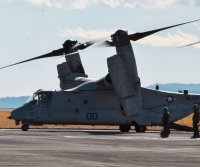