Production declined 5.5 percent in the month, as temperatures reached 20 to 30 degrees below zero on several occasions, the Minneapolis Star Tribune reported Saturday.

Industry observers expect North Dakota to reach the 1 million barrel per day milestone soon. Lynn Helms, director of the Mineral Resources Department, said he expects the state will surpass the milestone before the end of the first quarter.

North Dakota is expected to supply about 5 percent of the country's oil, a figure that was unheard of until hydraulic fracturing allowed extraction of previously untapped oil reserves.

The state's production is expected to peak in 2027 with production at about 1.32 million barrels a day, the newspaper said.

Defense News // 10 hours ago
DoD to phase out stop-movement order
May 26 (UPI) -- The Department of Defense will lift the stop-movement order it issued earlier this spring in stages rather than keeping it in place through June 30, officials said.

Defense News // 12 hours ago
U.S., Saudi forces conduct training on, around Karan, Kurayn islands
May 26 (UPI) -- U.S. and Saudi forces are conducting joint training exercises on and around the Karan and Kurayn islands in Saudi Arabia this week, according to the Pentagon.

Defense News // 13 hours ago
Soldier dies of COVID-19, marking 3rd death among service members
May 26 (UPI) -- A third U.S. service member has died from coronavirus complications, according to information released by the Department of Defense on Tuesday. 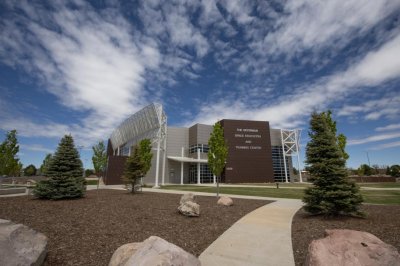