Proceeds of the 14th annual auction will go to the Glide Foundation, a charity based in San Francisco that is celebrating its 50th anniversary this year, the organization said in a release.

"The winning bid: $1,000,100!! The auction winner is yet to be revealed! #BuffettAuction #CELEBRATE50," Glide's Twitter account posted Friday.

The annual eBay Auction for Power Lunch with Warren Buffett has raised more than $15 million for Glide's programs, the release said.

Glide Founder and Minister of Liberation, the Rev. Cecil Williams, said the group[ is "incredibly grateful to the long-term support we've received from Warren Buffet."

"Thanks to his vision, our ongoing partnership with eBay, and the generosity of the winning bidders, we've been able to provide unconditional support to our neediest neighbors and help people regain control of their lives," Williams said.

"There's all kinds of people that need that kind of help, and I don't think anybody is better at providing it than GLIDE," Buffett said. 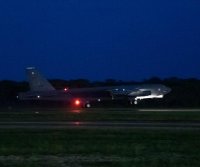 Defense News // 6 hours ago
Air Force, Lockheed start F-16 production for foreign sales in South Carolina
May 18 (UPI) -- The U.S. Air Force announced Tuesday that it has teamed up with Lockheed Martin to open a new production line for the F-16 Block 70/72 fighter for foreign military sales at the manufacturer's Greenville, S.C., facility. 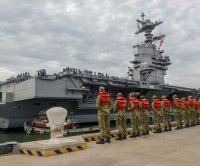