The records have analysts wondering if stocks aren't over-valued. But they essentially erase the losses that markets have incurred since the financial meltdown of 2008.

On Thursday, investors kept an eye on developments in Cyprus, where banks opened after 12 days with restrictions on withdrawals to ensure account holders don't overrun the country's troubled banking institutions.

The Kansas City Federal Reserve bank said manufacturing in the district was in contraction, although the pace of contraction had slowed since February.

On the New York Stock Exchange, 1,898 stocks advanced and 1,137 declined on a volume of 3.2 billion shares traded.

ANCHORAGE, Alaska, March 28 (UPI) -- A Coast Guard official in Alaska said a request has been made for the Justice Department to investigate Shell Oil's failed 2012 arctic drilling efforts.

At a hearing in Anchorage, Alaska, Rear Adm. Thomas Ostebo and Shell Alaska Vice President Pete Slaiby both said it would be inappropriate to comment on an ongoing investigation, the Anchorage Daily News reported Thursday.

But Ostebo did say the Coast Guard was concerned with "potential Marpol violations," which is short-hand for "Marine Pollution," which would be a violation of the International Convention for the Prevention of Pollution from Ships, the newspaper said.

Slaiby said Shell's operations in arctic waters in 2012, "were completed safely and successfully."

"It was while leaving the theater of operations that issues with the Discoverer were identified by the Coast Guard and the Kulluk ran aground," Slaiby said.

The concerns stem from the grounding of the Kulluk drilling rig, which occurred off the coast of Kodiak Island after a New Year's Eve storm.

The rig was being towed to Seattle for maintenance when it ran aground. Shell said the Kulluk departed for Singapore on a dry-tow vessel Wednesday morning for inspection and repairs.

Shell also had trouble with the drilling rig the Noble Discoverer, which the Coast Guard cited for 16 code violations, including a claim that the vessel did not have the capacity to move fast enough in hazardous waters to remain safe.

Shell spent more than $4.5 billion in its arctic drilling and ended up with two partially drilled wells for its investment.

Shell's top executive in charge of arctic drilling and exploration has announced he is retiring, the Daily News said.

The Interior Department has also stepped in, revoking the company's permission to drill in Alaskan waters until it can show it has plans to manage an operation in the rough arctic conditions.

The index, which covers business conditions in the industrial belt of Indiana, Illinois and Michigan, fell 4.4 points to 52.4, pushed by a sharp decline in new orders and production.

Declines were also noted in indexes measuring backlog of orders, inventories, and employment.

The report said the diffuse business barometer fell from an 11-month high in March to 52.4.

Numbers above 50 represent growth but growth was faster in February, when the diffuse index stood at 56.8.

"After a strong start to the year, the Business Barometer was knocked back by steep declines in new orders, production and another disappointing dip in order backlogs," the monthly report said.

The production index dropped from 60.2 to 51.8, the report said. The new orders index fell almost as far, dropping from 60.2 in February to 53 in March.

The employment index, marking the number of employees, fell from 55.7 to 55.1.

The backlog of orders index fell from 50.9, showing slow growth, to 45, showing a contraction.

The report, which is produced by the Institute of Supply Management-Chicago Inc. and Deutsche Borse AG, also noted slight growth in inventories -- at 50.1 -- turned negative with a March reading of 41.

The report released by the Bureau of Economic Analysis represents the third of three estimates released on the country's economic performance for the final quarter of 2012.

The figures started in the negative and, a month ago, were revised to indicate gross domestic product growth of 0.1 percent from the third quarter to the fourth.

The department said non-residential fixed investment rose higher than previously estimated but the new figure "has not changed the general picture of the economy."

It isn't clear from the data whether commercial investments indicate businesses planning for growth or investing in overdue projects needed to maintain current levels of production.

Defense News // 1 hour ago
Army seeks proposals for Marines' new shoulder-fired rocket system
Aug. 4 (UPI) -- The Army has issued a request for proposals for the Marine Corps' new M72 Light Assault Weapon Fire rocket system, which can be fired multiple times from inside an enclosure, the Marines announced on Tuesday.

Defense News // 17 hours ago
Esper: U.S. grieves for Marines, sailor killed in training
Aug. 3 (UPI) -- Secretary of Defense Mark Esper said Monday the United States grieves the deaths of eight Marines and a Sailor who were killed over the weekend when their amphibious assault vehicle sank off the California coast.

Defense News // 1 day ago
Marines elevate training command for 'information-age model'
Aug. 3 (UPI) -- The U.S. Marine Corps announced an elevation of its Training and Education Command on Monday to a three-star command to reflect its importance as an effort to improve Marines' "intellectual edge," officials said. 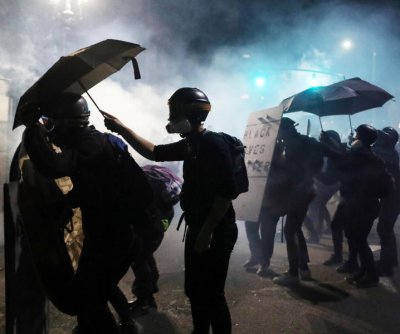 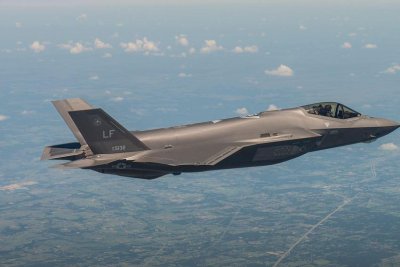