Asked in a news briefing if Obama agreed with Energy Secretary Stephen Chu's recent testimony that the administration's energy policy "is not to lower prices," Carney said the goal was to "enhance American energy independence."

At the same time, he said repeatedly that it would be an insult to the American public's intelligence for the president to pledge a certain price at the gas pump.

"The president is not focused on a policy and is not making promises to the American people that, if I do this, you will be paying a certain price at the pump, because he is not insulting the American people's intelligence," Carney said. 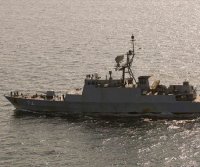