A display advertises the iPad in the window of Apple Computer's North Michigan Avenue store in Chicago on April 3, 2010. Apple's new tablet device went on sale Saturday at the company's more than 200 retail outlets in the United States, as well as many Best Buy stores. UPI/Brian Kersey | License Photo

CUPERTINO, Calif., March 4 (UPI) -- Apple says it is offering a partial refund to purchasers of the first generation of its iPad tablet computer as it readies the debut of its second version.

The refund was announced a day after the price for the original iPad was dropped from $499 to $399, Sky News reported Friday.

Apple says the partial refund is only available to consumers who purchased a tablet within the two weeks before the price reduction was announced, making for a cutoff date of around Feb. 16.

The refund only applies to iPads purchased from Apple's Web site or retail stores, the company said in an online posting of the policy.

Apple lowered the price of the first-generation iPad to clear out its inventory ahead of the March 11 debut of its successor in the United States.

The iPad 2 will sell for $499, the same price the original iPad carried when it was introduced.

The new device is 33 percent thinner than the original, has two cameras and a faster processor, and can manipulate graphics several times faster. 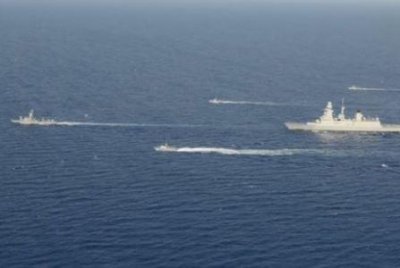