Ban asks G20 not to ignore the poor 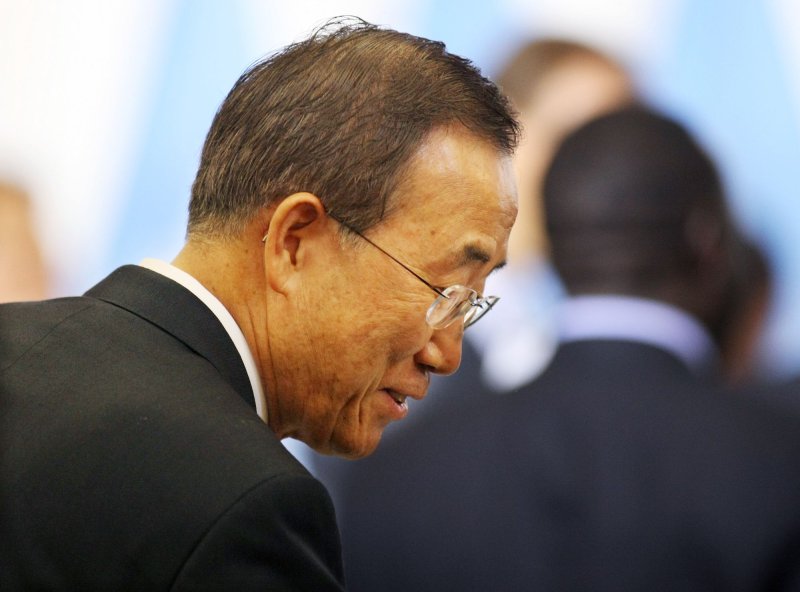 Secretary General Ban Ki-moon greets people before the start of a high-level meeting on Sudan during the 65th session of the United Nations General Assembly at the UN on September 24, 2010 in New York. UPI/Monika Graff | License Photo

At the Seoul Foreign Correspondents Club, Ban said, "I believe that promises made must be promises kept."

Ban was referring to eight Millennium Development Goals on hunger, poverty, health, shelter and environmental issues agreed to by world leaders in 2000.

In September, 140 world leaders reaffirmed their commitments to reaching target objectives by 2015.

He called the goals "Weapons of mass construction."

With 64 million people falling into extreme poverty in 2010, Ban said, "The economic crisis should not be an excuse to do less. It is a reason to do more. We must be accountable to the most vulnerable," he said.