Speaking to an Automotive Press Association audience at the MGM Grand in Detroit, National Automobile Dealers Chairman Ed Tonkin said, "We would all like to believe consumers would be willing to pay whatever it takes to reach such a worthy goal. But will they? Or is this another example of getting ahead of the consumer?"

"It is important for these manufacturers to have an array of products that get high mileage," he said. 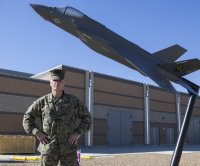