The Prime Minister of Greece George Papandreou speaks to the media following a meeting with U.S. President Barack Obama, in Washington on March 9, 2010. Papandreou met with Obama as his country looks for ways to stop its financial bleeding and reform its economy after being hit hard by a financial recession. UPI/Kevin Dietsch | License Photo

Speaking at a conference in London, Bullard said, "There are several reasons why this new threat to global recovery will fall short of becoming a worldwide recessionary shock."

"There is nothing intrinsic about such crises that they need to become important shocks to the broader, global macroeconomy," he said, pointing out that Russia went into default in 1998.

"Countries do default … and the world goes on," he said.

Bullard said the $957 billion rescue package for debt-burdened countries in Europe would "buy substantial time," and that the political will to prevent failure was in place. "Too big to fail is a controversial policy, but it does have its upside in the current situation," he said.

Checking himself, Bullard said "maybe" this time would be different, citing the relative weakness of financial firms that were deeply in government bonds.

While a spreading contagion could "reignite the type of financial shock seen in the fall of 2008 … I do not think this is a likely scenario," he said. 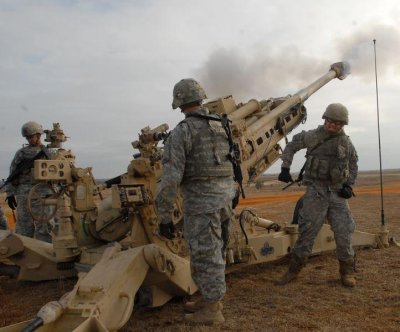 Defense News // 16 hours ago
Northrop Grumman system to be interim anti-drone solution
July 8 (UPI) -- The anti-drone defense system of Northrop Grumman Corp. -- the Forward Area Air Defense Command and Control -- was selected by the Defense Department for short-term use, the company announced on Wednesday.