In a survey conducted by the Miami Herald, 75 percent of the galleries indicated sales had risen 15 percent compared to a year ago. More than 33 percent indicated a jump in sales of 30 percent or more, the Herald reported Monday.

``Everybody's happy this year,'' said Rachel Adler, owner of Adler & Conkright Fine Art in New York. "The people who buy are are not unemployed. They seem to be a little bit more secure," she said.

Some evidence of an increase in spending money emerged as Swiss gallery owner Urs Meile set up space for Chinese artist Ai Weiwei a year ago and, after exhibiting 100 pieces -- each with a price tag of $20,000 -- generated no sales.

This year a porcelain cube made by Ai Weiwei had a price tag of $300,000 and might be sold. "There's a reservation on that," Meile told the newspaper.

Almost 90 percent of 68 gallery owners surveyed indicated the 2009 show would be profitable. More than 40 percent indicated sales were "much better than expected," the newspaper said. 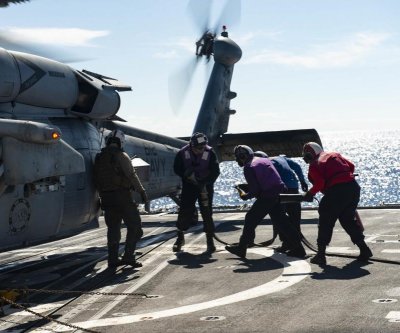 Lockheed Martin awarded $141.7M for repair capabilities for the F-35 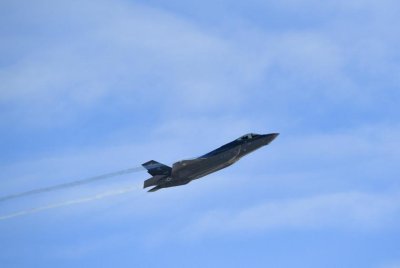