Woodhouse, 61, said he wants people to focus on the legacy of the man who created the first comprehensive plan for an American city, which Burnham did in 1909, the Chicago Sun-Times reported.

If fundraising for the $5 million project and approval from the Chicago Park District comes quickly, the memorial could be build as soon as 2011. It will include a life-size statue of Burnham and two granite walls that will reflect the skyline on one side and display Burnham's plans on the other, the Sun-Times reported.

In addition, a granite terrace overlook will hold metal panels showing other major city plans and the names of others who have contributed to the building of Chicago will be inscribed on a curved wall. 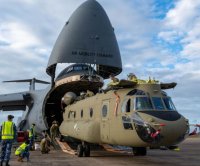