Expert calling it a U.S. depression

COLLEGE PARK, Md., Jan. 11 (UPI) -- The U.S. economy is in a depression, a University of Maryland economics professor contends.

Professor Peter Morici, a former chief economist at the U.S. International Trade Commission, said the American economy is in a worse condition than a recession, Kiplinger reported in its January issue.

Among other factors, Morici noted 2.6 million payroll jobs have been lost since December 2007, the dollar is falling value and the nation has a big trade deficit with China.

"The economy contracted at about a 5 percent annual rate in the fourth quarter. This looks worse than a recession to me," he said.

Morici said President-elect Barack Obama has clear economic challenges before him when he takes office this month.

"The economy will not recover without fundamental changes in banking and trade policy. A large stimulus package, though necessary, will only give the economy a temporary lift," he said. "The economy is in a depression, not a recession."

Among the other issues facing the former Illinois senator is energy production, he said.

Defense News // 22 hours ago
House repeals 2002 Iraq war authorization
June 17 (UPI) -- The House voted on Thursday to repeal the 2002 war authorization of military force against Iraq -- legislation that has been used to justify action on a range of groups since then. 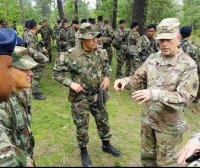 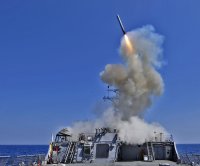 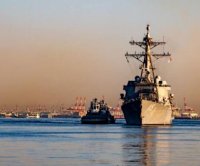