Poland schedules adoption of the euro

WARSAW, Poland, Oct. 29 (UPI) -- The Polish government has adopted a four-step strategy for adopting the euro, which is scheduled to become legal Polish currency in 2012.

The first step includes adapting the country's constitution and reaching a formal agreement with the European Commission to become a European Union's 17th state, the EU Observer reported Wednesday.

Step two includes tying the zloty's value fluctuations to the euro and designing the Polish version of the euro. Step three, includes minting coins and changing bank and vending systems to adopt to the new currency.

Both the zloty and the euro will be recognized as legal tender starting in 2012 with the zloty eventually phased out completely at a date as yet undetermined, the EU Observer said.

Some opposition remains concerning the schedule, however.

"For me it's a matter for discussion. We will reflect deeply on the issue," said Poland's President Lech Kaczynski. 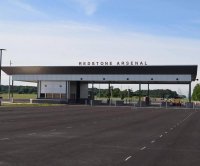