NEW YORK, Aug. 22 (UPI) -- U.S. children's TV network Nickelodeon said it would prohibit its characters to be used on junk-food products, except on special occasions such as Halloween.

The characters -- including SpongeBob SquarePants, Dora the Explorer and the Rugrats -- will be allowed to appear only on packaged-food products that meet "better for you" criteria established by Nickelodeon's marketing clients, said the network, which has a target audience of children aged 7-12.

The changes go into effect in 2009, when current licensing agreements expire, The New York Times reported.

The announcement by the Viacom International Inc. channel came a few days after a similar announcement by Discovery Communications Inc.'s Discovery Kids Channel and a month after 11 major food and beverage companies -- including McDonald’s Corp., Kellogg Co. and Kraft Foods Inc. -- agreed they would stop advertising unhealthy products to children under 12, the Times said.

Those 11 companies represent two-thirds of the children’s advertising market.

As for the rationale behind letting Nickelodeon's characters appear on junk foods on special occasions, Nickelodeon President Cyma Zarghami said her company did not want "to take Valentine's Day or Halloween away" from children.

"If candy companies want to advertise for Halloween, we want to be able to do that," she said. 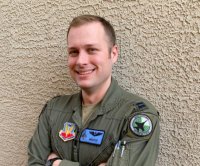