"The dealerships -- they're ordering again, which is kind of nice," the executive said in an audio excerpt Chrysler released Wednesday. "Their inventory levels from this time last year are down by about 110,000 units.

"We're a little happier, and we're going to keep it there and keep rolling," he said.

LaSorda reiterated that Cerberus had no plans to split up Chrysler or its brands, and that the automaker would make full use of the resources of former parent Daimler AG, which agreed to retain a 19.9 percent stake in the new Chrysler Holding LLC, The Detroit News reported.

The restructuring plan Chrysler announced in February is still its "road map" to recovery, LaSorda said.

He reminded workers he was a fourth-generation company employee and said he would make Chrysler "strong for the next generation."

Defense News // 19 hours ago
Pentagon nominee: Navy's shipbuilding plan is 'not credible'
Aug. 4 (UPI) -- The Pentagon has not yet submitted a shipbuilding blueprint to lawmakers this year because Defense Secretary Mark Esper did not think the Navy has developed a "credible pathway" to building a 355-ship fleet.

Defense News // 21 hours ago
National Guard to continue COVID-19 deployments with federal pay cut
Aug. 4 (UPI) -- National Guard troops serving coronavirus relief missions throughout the country will have their deployments extended through the end of the year, the White House announced this week.

Defense News // 1 day ago
Army seeks proposals for Marines' new shoulder-fired rocket system
Aug. 4 (UPI) -- The Army has issued a request for proposals for the Marine Corps' new M72 Light Assault Weapon Fire rocket system, which can be fired multiple times from inside an enclosure, the Marines announced on Tuesday. 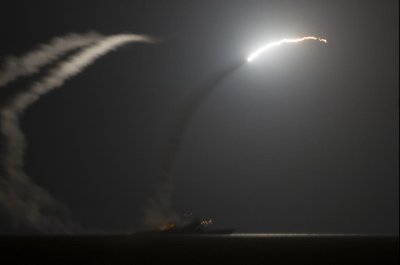