WASHINGTON, Feb. 6 (UPI) -- Ben Bernanke was sworn in Monday as the 14th chairman of the U.S. Federal Reserve.

The ceremony at the Federal Reserve building was attended by President Bush and Bernanke's two predecessors, Paul Volker and Alan Greenspan.

Bernanke expressed his intent to continue what he perceived to be Volker's and Greenspan's work.

"Our mission, as set forth by the Congress, is a critical one -- to preserve price stability, to foster maximum sustainable growth and output and employment, and to promote a stable and efficient financial system that serves all Americans well and fairly," Bernanke said. 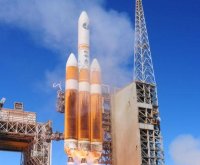