WASHINGTON, March 30 (UPI) -- He's one of the richest men in the world, making his fortune by investing in financial markets and buying up companies. He's also become a powerful voice of conscience over the years in the cut-throat world of high finance, making a point of keeping to his homey way of describing the ills of current economic policies from his home base in Omaha.

In fact, so deep is the respect of investors for Warren Buffett that even as the Securities and Exchange Commission steps up investigating his business associates, the share price of his investment group Berkshire Hathaway continues to rise.

But while the financial community remains reverent of the Omaha of Oracle for now, there is already concern that his reputation may be tarnished perhaps even irrevocably should he get too involved in the probe over a company he owns.

Earlier this week, the SEC launched an investigation into insurance giant American International Group and its transactions with rival company General Re, which is owned by Berkshire Hathaway. Meanwhile, the SEC has demanded a meeting with Buffett scheduled for April 11 to question him about what he knew about the dealing and when he found out about it. AIG has been accused of inflating its financial results largely by having a $500 million transaction with General Re. Specifically, General Re paid the sum to AIG, which AIG allegedly added onto its reserves in two installments, in 2000 and in 2001. AIG has also been accused of filing false claims with the SEC.

As the probe heats up, AIG's chief executive Maurice Greenberg was forced to resign earlier in the week as the investigation continues, and Buffett will be questioned by government authorities including the office of New York's district attorney Eliot Spitzer, who has been at the forefront of cracking down on corporate malfeasances on Wall Street. But Spitzer's office has made clear that Buffett will only be called in as a witness, and not as the focal point of the probe. Moreover, Berkshire Hathaway said that it has no plans to restate its books.

So even as the company's name becomes tied with a corporate scandal, its share price has remained unscathed by the media attention. In fact, the investment group's share price continues to rise Wednesday with its class A share priced at $87,600, up $600 from the previous day.

But that's not to say the company is complacent about its chairman's reputation, who is the guiding force behind the company. Indeed, Berkshire Hathaway has taken a rare stance and provided a public statement Tuesday about the ongoing investigation of its chief executive in relation to the AIG case, reflecting just how concerned Buffett himself is about the matter.

In a press release, the investment group stated that despite media reports to the contrary, "Mr. Buffett was not briefed on how the transactions (between AIG and General Re) were to be structured or on any improper use or purpose of the transactions."

The group also declared that "Mr. Buffett speaks infrequently with the Berkshire Hathaway business unit managers and leaves operating decisions for the business units to the individual managers, a policy publicly reported regularly since 1984," thus distancing him from the transactions under question.

Until now, Buffett has been one of the rare breed of billionaire investors who are not only financially successful, but also command the respect of both Wall Street analysts and the general public alike. For instance, while fellow billionaire and investor George Soros has been equally successful with his Quantum Investment Fund and became a household name after he bet the British pound against the Bank of England and won in 1992.

Both Soros and Buffett are actively engaged in politics these days as they are in making even more money, but when it comes to gaining public respect, it could be argued that Buffett has had the upper hand, at least until now.

As the second-richest man in the United States after Microsoft founder Bill Gates, Buffett has gone out of his way to preach both policymakers and the general public about his view of economic policy. In the latest presidential election, Buffett publicly rebuked President Bush's plan to cut taxes still further for the nation's top income earners, and in the California gubernatorial race, he acted as economic advisor to Arnold Schwarzenegger, and continues to advise the California governor.

Meanwhile, Buffet remains hawkish about the ever-growing U.S. budget deficit as well as its growing trade gap with the rest of the world, in addition to being a self-appointed standard-bearer of corporate governance. Should his personal involvement in the AIG investigation be minimal, as it is expected to be, then Buffett may well retain his status as the conscience of the investment class.

Defense News // 17 hours ago
U.S., Japan kick off Northern Viper exercise in Hokkaido
Jan. 28 (UPI) -- Armed forces from Japan and the United States have kicked off a new iteration of the training exercise Northern Viper in the Hokkaido Prefecture of Japan, the Marine Corps announced. 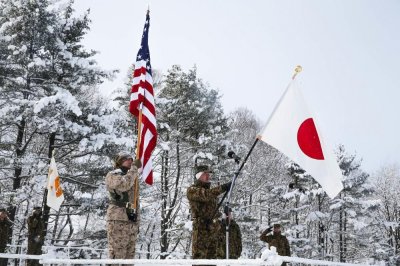 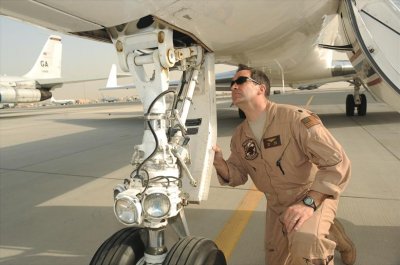