SINGAPORE, April 21 (UPI) -- The nomination of General Wiranto as presidential candidate for the leading party in the Indonesian general election is adding a new layer of uncertainties for investors in Indonesia.

Wiranto faces a U.N. indictment for crimes against humanity and is partly responsible for a U.S. congressional ban on military ties with Jakarta after mass killings by Indonesian troops in East Timor in 1999.

But on Tuesday, the retired general won the nomination of the Golkar party (former President Suharto's party), pushing ahead of expected winner Akbar Tandjung, the party's chairman. He won by promising "strong leadership" and an end to corruption.

Analysts believe Wiranto's nomination win is adding a new layer of uncertainties to the presidential election.

"This gives Golkar what is probably a more credible candidate for president and by doing so it creates three possible (strong) candidates for the July election," notes Ray Farris, analyst at CSFB.

But, a survey by London-based Taylor Nelson Sofres indicated that 28 percent of the surveyed voters will chose Susilo as president.

Beyond the uncertainties of who will win the election (which will probably go through a second round, scheduled for Sept. 20), some political analysts are expressing concerns about how the international community would deal with Wiranto as a president.

"I don't think the headline 'indicted war-criminal new Indonesia president' is going to sit well with CNN viewers," one observer, who preferred to remain anonymous, said.

"Wiranto is not allowed to travel to the U.S. now, would this change if he is elected? Would a U.S. Secretary of States sit down for talks with him?" the analyst added.

John M. Miller, a spokesman for the human-right group East Timor Action Network (based in New York), said in a statement "we are dismayed at the Golkar Party's nomination of General Wiranto for President of Indonesia...Wiranto must stand trial not stand for office."

He urged the U.S. Congress and Bush administration to withhold all military assistance for Indonesia until Wiranto and others responsible for crimes against humanity in East Timor and Indonesia are brought to justice, adding that the United States should keep Wiranto on its visa watch list and bar his travel to the U.S.

"Justice for East Timor must not take second place to the so-called 'war on terrorism' in Indonesia," Miller said.

However, some political observers point that although a Wiranto's election would be a "very sensitive" issue to handle for the U.S., Indonesia has still the largest Muslim population in the world and cannot be ignored or treated like a pariah.

Though most investors are now taking a wait and see attitude and holding up on foreign direct investment until later this year when the presidential election is over, economists point that it is more the current uncertainties over the winner rather than who will actually win.

"There is little difference between the various candidates in term of economic ideology. Most of the debate is not on that front," notes Sanjeev Sanyal, economist at Deutsche Bank. "Indeed, we wouldn't be surprised if part of the current economic team is kept by who ever wins," he adds.

"Investors are more interested to see if reforms are pushed through and implemented. There seems to be a reasonable consensus amongst the candidates of what needs to be done. But the point is who will push through the implementation best and at this stage we simply don't know," says Sanyal.

Attention will now focus on the forming of coalitions for the presidential election.

At this stage, some analysts believe the most formidable combination is the emerging ticket of Susilo and Coordinating Minister for Public Welfare, Yusuf Kalla. Kalla recently resigned from Megawati's cabinet and announced that he would run as Susilo's vice-president. Kalla is a Golkar member and was previously trying to win Golkar's nomination for president.

However, this ticket will need more party support than just Susilo PD and the bits of Golkar that support Kalla to win the election. Susilo is now likely to try to win support from some of the smaller Islamic parties. But without the ability to give one of these parties the vice-presidency, he may have more difficulty finding coalition partners.

Wiranto is also likely to be trying to win support from Islamic parties and would be in the position to offer the chairman of various respective parties the vice-presidency. He should make a decision on its teammate over the coming days.

In contrast, the chairman of President Megawati's PDI-P party, Roy BB Yanis, has suggested that the party would continue with its coalition with the PPP. Megawati would likely nominate her current vice-president, the PPP chairman, as her running mate.

But Golkar's win in the general elections has lessened the chances of its willingness to form a coalition with Megawati's PDI-P, which was her most realistic change to win the election, analysts said. 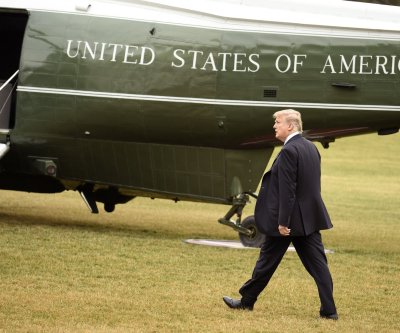