The Bear's Lair: Greed and governance

WASHINGTON, March 19 (UPI) -- The correct response, when your superior requests you to stop doing something that harms their interests, is "Yes, SIR, Sorry, SIR," preferably accompanied by a smart salute. Hewlett-Packard CEO Carly Fiorina seems to have omitted this essential piece of Marine Corps training.

HP shareholders voted Wednesday by 1.22 billion shares to 925 million to have HP expense its stock options grants to employees and top management. Had it done so in 2003, according to K.C. Swanson of TheStreet.com, the company's net income would have been reduced by $762 million, from around $2.5 billion to around $1.8 billion.

The resolution was "nonbinding" presumably because at some point, possibly after the controversial and very close shareholder vote surrounding the Compaq merger last year, HP management and their lawyers made sure that shareholders were effectively unable to pass binding resolutions on such delicate topics. Nevertheless, the most basic principle of good governance, dating back unbroken to mediaeval common law agency principles, requires that management run the company in the interests of its shareholders, not of their own self-enrichment.

Fiorina doesn't seem to have read that book. At the shareholders' meeting she denounced the proposal as "creating valuation problems" then, after it was passed, undertook to consider the matter. This is not a universal knee-jerk response among tech company executives; Microsoft has already abandoned stock option compensation altogether, while Dell Computer, while maintaining its "funny accounting," has halved its options grants, thus effectively conceding the point that they were a form of theft.

Presumably Fiorina's "consideration" will mostly involve redoubling the donations that HP and its executives give to favored senators such as Joseph Lieberman (D-Ct.) to persuade them to pressure the Financial Accounting Standards Board to postpone or abandon its long awaited proposals for expensing of stock options, scheduled to take effect from January 1, 2005. This week, the Big 4 accountants came out in favor of options expensing (it's SO boring fighting off lawsuits from shareholders in looted companies that have gone bankrupt). They even went so far as to ask the U.S. Senate not to pressure the FASB -- not, presumably, that they are putting any campaign dollars behind this noble request.

Even Cisco, so long a proponent of exuberant self-rewards through stock options, took a step towards reality this week, by announcing that it was considering paying a dividend out of its (somewhat overcounted by the auditors, in my view) $21 billion "cash" hoard. If this happens, it will be important; it will mark the first moment since the founding of the company that any of Cisco's resources have been used to benefit the people who put the money up. So far, Cisco's major use of cash, around $8 billion in the last year, has been to fund stock "buybacks" that fight a never-ending, and indeed so far unsuccessful battle against the dilution of shareholders' interests by excessive grants of stock options.

Against this background, Martha Stewart's $50,000 profit on her misguided stock trade is seen as the action of a piker, content with small time operations. Tyco's former CEO Dennis Kozlowski's defense apparently rests on the claim that he "thought he was entitled" to the $167 million in unauthorized appropriations the prosecution claim he has committed. One can see why; in an era when Fiorina and John Chambers of Cisco can perfectly legally loot stockholders of hundreds of millions or even billions of dollars through stock options grants, while all the time reporting fattened profits on their income statement, a $6,000 shower curtain for the maid or a $1 million Tuscan party seem natural and proper rewards for managerial success.

The greed of top executives is presumably constant; its exuberant self-expression is a product of a bubble stock market that seemed to deflate and than in 2003, pumped up by funny money and tax cuts, magically reappeared again, much to the joy of Wall Street. Only in periods when stock market values are sober, such as the 1950s, do management compensations diminish and business ethics improve.

The correlation between ethics and executive pay is more difficult to establish, because the public record depends largely on the degree of popular outrage in the following era, and the consequent zeal with which law enforcement officials do their jobs. In times of liberal cynicism following ebullient stock markets, law enforcement seems particularly harsh -- in an echo of Martha Stewart's fate one might remember the Texas Gulf Sulphur case in 1968, in which Morgan Stanley partner Thomas S. Lamont, one of the great figures of Wall Street, was convicted for insider trading for a modest trade made after the public announcement of a mining "find" had hit the wire services.

What does seem clear, however is that in periods of market quiescence, such as the 1950s, the number of fraud and embezzlement cases involving truly prominent figures becomes very small indeed. Thus the great "General Electric Conspiracy" case of 1960 involved price fixing in the arcane markets for electrical equipment, and none of the senior people appears to have benefited financially in any way. Again, the "salad oil swindle" of 1963 was quite big money, but the perpetrator, Anthony de Angelis, was a former meatpacker, certainly not among Wall Street's inner circle.

It makes sense -- the greater amounts of money involved in a bubble economy produce a greater temptation to steal, and the orgiastic lifestyles that the big money can buy no doubt intensify the feeling of invulnerability. One cannot imagine a "Tuscan toga party" being given by James P. Roche, let alone one paid for by General Motors -- the neighbors in Grosse Pointe, Michigan would never have stood for it.

The current insouciance about shareholder rights and corporate ethics is thus part of a cycle, but from the point of view of a current shareholder in U.S. business, a very annoying one. Today, corporate earnings are overstated by record amounts, when stock options and "extraordinary items" are taken into account. Corporate remuneration is a staggering multiple of that only 30 years ago, and maybe 10 times as excessive in terms of worker pay as at the peak of the 1920s boom. Yet stock prices, in terms of true earnings, are at close to record levels, nearly 3 times their long term average. Never, it seems, has the ordinary U.S. stockholder paid more for less.

Fiorina's notably mediocre term at HP has been successful primarily in the amount of money she has extracted for herself from the unfortunate HP shareholders, and the number of fawning celebrity profiles she has received from the sillier media. Thus the only pressure that can be brought on behalf of the aggrieved and impoverished HP stockholders may be through the media, causing her flotilla of public relations staff to grind their teeth in frustration. Here's hoping that this piece modestly contributes to their dental bills!

(The Bear's Lair is a weekly column that is intended to appear each Monday, an appropriately gloomy day of the week. Its rationale is that, in the long '90s boom, the proportion of "sell" recommendations put out by Wall Street houses declined from 9 percent of all research reports to 1 percent and has only modestly rebounded since. Accordingly, investors have an excess of positive information and very little negative information. The column thus takes the ursine view of life and the market, in the hope that it may be usefully different from what investors see elsewhere.)

Martin Hutchinson is the author of "Great Conservatives" (Academica press, April 2004) -- details can be found on the Web site greatconservatives.com. 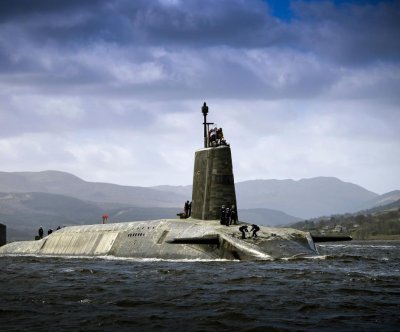