WASHINGTON, Dec. 4 (UPI) -- Following the election of a new, growth-minded, and seemingly less corrupt regime this fall in Turkey, global investors have been flooding into the Ankara stock and bond markets. The result has been a rally of 60 percent in share prices in a matter of less than 10 weeks. Is the opportunity already a missed one? Or is Turkey a long-run bull market that will be serving up gains through Christmas and into 2003?

So far, the new majority of Turkey's Justice and Development Party, or AKP, gives every indication that it will follow through on its proposals to cut spending, enact a tax reform to lower too-high tax rates while closing revenue-loosing loopholes and legitimate shelters, and discipline the country's banking system.

Turkey's debt is equal to 90 percent of its annual gross domestic product. But the government plans a primary budget surplus (the budget surplus or deficit before debt service) of better than 5 percent of output. Importantly, it has already enacted cuts in civil service patronage jobs -- meaning it has demonstrated, within its first weeks in office, that its fiscal plan is not just talk-talk, but also act-act.

With added growth in 2003, there's no reason the country couldn't grow its way out of 10 percent of its debt burden or so in the next year, furthering a bond rally of 400 basis points that has already brought Turkey's interest on its debt to well below what Brazil, Argentina, and many other countries are paying.

Politically, the ruling party is well positioned to carry out its plans. Led by Recep Tayyip Erdogan, a moderate Muslim who promises to undo some of the anti-religious restrictions of Turkey's regime but not impose religion on secular Turks, the AKP swept nearly two-thirds of the seats in parliament. In short, it can practically change the constitution with only a handful of opposition votes.

Yet Erdogan, and Prime Minister Abdullah Gul, have bent over backwards to show moderation on social, economic, and foreign policy -- while by no means renouncing their intention to move Turkey in the general direction of their principles, which, after all, were supported by a solid plurality of voters. The party plans to remove a ban on wearing Islamic headgear -- but has been rhetorically calm in talking about it. Gul has promptly approved plans to negotiate with Greece, through the United Nations, over the status of Cyprus, riling some nationalists but pleasing the vast majority of Turks who would like to see a peaceful resolution of the conflict. The new government abolished the death penalty in its first days, with the added benefit that it now fits the human rights criteria for entry into the European Union.

Erdogan's own status, as a kind of unofficial leader, and his acceptance of it, is illustrative. Erdogan cannot serve as prime minister because under Turkey's aggressively secular laws, no one once convicted of the offense of promoting religion may hold that office. This is one of the things likely to be changed by the new government, but Erdogan wisely yielded to current law and approved the selection of Gul.

The restrictions on Islamic culture enacted by Turkey's secularists have led to a kind of strange role reversal in the country. Fears of religious fanaticism were the basis of their enactment. But today, with Turkish society part secular, and mostly moderate Muslim, there is only a small, and not politically influential, extreme Islamic movement.

There is, perhaps, a Nixon-goes-to-China opening, which Erdogan has already encouraged. Anti-religious governments combating religion have not stamped it out, but have bred resentment. It may be that an Islamic regime, but of limited aims and intentions, can do more to solidify tolerant secularism in Turkey than the ham-fisted, anti-religious efforts of the regime's aggressively secularist generals and politicians of the last generation. By relaxing restrictions on religion, but not promoting official state religion, the AKP can solidify the country's moderate, secular consensus. There will be less danger, not more, of Islamic extremism if those with Islamic beliefs are not hounded and persecuted.

The result would be a democratic Islamic society -- something the West, if it is shrewd, will be keen to encourage. The Bush administration has, as have the more enlightened governments of Europe. Even Greece is now lobbying for Turkish entry into the EU, on the intelligent calculation that a Turkey that is evolving in a democratic direction is far more likely to want to resolve Cyprus than a simmering, rejected Muslim suitor whom Europe won't allow into the club.

In its domestic politics, Turkey has, in fact, passed the first really important test of an emerging democracy. It isn't holding a free and fair election that's the milestone. It's holding such an election in which the opposition wins, and gains power -- Mexico in 2000, for example.

This evolution holds hardheaded economic benefits, such as a date to begin discussions on entry into the European Union. The date is likely to be set at the next EU summit in Copenhagen next week. It is not a done deal. Both Germany and France have reservations, and they are the largest EU member states. Still, to back down now, especially in the face of a Muslim Turkish democracy that is making clear efforts to be a responsible democratic partner, would be a daunting and somewhat brazen step even for Europeans.

Turkey has also played its hand well with the Bush administration over war with Iraq, and Bush has reciprocated. The United States wants Turkish help in the invasion of Iraq. Turkey is willing, but wants to limit its involvement, given the ambivalent feelings of many Muslims at home and in the region, and get some benefits if it assists the United States. These the White House has offered, especially by forcefully (but gently) encouraging European leaders to "set a date" for EU-entry talks in personal calls from the president to European heads of state.

The bottom line: Turkey is a good investment, short term and especially over a two- to three-year time horizon. A dip in prices, as in the event of a bump in the EU discussions or a U.S. attack on Iraq, would be an opportunity to buy in at lower prices. Individual investors who want to take a position can buy the Morgan Stanley index shares, the broad-based and well-managed Turkey Fund, TKF, or such individual companies as Turkcell, a mobile-telephone provider, all listed in New York.

If this is wrong (always a possibility), there's still a good chance that at current levels, still historically depressed compared to prices over the last 20 years, Turkey will bounce along the bottom with plenty of opportunity to cut any losses. This would imply the domestic index firming at 12,000 or above, and the Turkey Fund mentioned above trading at $4.50 or better, compared to today's close at $5.19. In other words, there's a fairly low downside.

If we reason right, and Turkey is entering a democratic-capitalist transition along the lines of Russia in the late 1990s, or South Africa in the earlier part of that decade, there's a much greater up-side. When emerging market countries make a fundamental turn, it's not unusual to have equity markets double or triple over several years. We're in, and increasing our position in the event of any Iraq-war or EU-friction dips over the coming weeks. 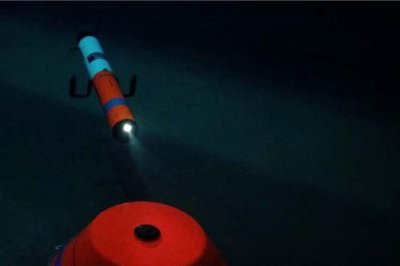