WASHINGTON, Oct. 30 (UPI) -- After surveying more than a dozen consultants from both political parties, the best odds anyone would give of a Democratic takeover of the House of Representatives next week was 1-in-5. (And that was by a Republican.) Most guesses ranged from 0- to 1-in-10.

They're all wrong. The chance of an unexpected takeover of the House, or a gain of one or two seats in the Senate, by Democrats, is about 1-in-3. The odds will move to 50-50 if Walter Mondale, expected to take of the Democratic spot in the race for U.S. Senator in Minnesota, manages to articulate a reasonable Democratic economic agenda in the coming several days, during which he will have the national spotlight.

By their own private admission, neither campaign deserves to win. "We don't deserve to win," a retiring GOP member of the House told me flatly three weeks ago. "We don't either," a Democratic Senator later conceded. The Democrats complained about Iraq, but offered no real opposition. Neither party has an economic growth plan amidst the largest stock market decline in three generations. Republicans offer "terrorism risk insurance" and talk of another relatively small tax cut, the new one to be focused on investors. Democrats scoff at Bush's economics, but have no real counter.

By historical standards, this puts us far away from 1994, when the GOP took the House back on the force of a precedent-setting "contract" for policy change, a precedent neither party has followed this year. We are closer, according to one GOP analyst, to the status-quo election of 1990, when President George Bush lost only eight House seats and only one in the Senate -- fewer than Ronald Reagan in 1982.

We're not exactly in 1990, either, however. This war on terror started with a boom, but has been uncertain over the last nine months. The economy is worse than 12 years ago. Democrats have scored some points with their attacks on GOP plans to allow private Social Security accounts for the young, especially against candidates (such as Elizabeth Dole) who have aggressively defended the option. A House Republican in a 50-50 seat told me three weeks ago, "Social Security might tip my race and five or six others."

It's all a reminder that the old saw, "all politics is local," is essentially wrong. Most Senate and even House races will hinge on 1. Iraq, or 2. the national economy. Has anyone out there heard members of Congress talking about getting the streets paved?

This doesn't mean individual voters will go into the booth voting for "Speaker Gephardt" or "Majority Leader Mondale." But if the history of elections teaches anything, it is that voters like a stalemate between the president and Congress. Voters don't like declines of 70 percent in the stock market, as we've seen on the Nasdaq since 2000. All these give an edge to the Democrats.

In short, there are enough reasons, many alluded to above, to be selling the U.S. market at this time. Fundamentals still place the market slightly, despite the recent carnage, on the high side. U.S. trade policy is protectionist at the present, with only the vague hope of a free-trade agreement with Singapore years from now. The war with Iraq is in its worst phase for the markets, still likely but months away. A "possible war" is worse for stocks than a war itself.

Even demographics are stacked against the market. As economist John Mueller noted five years ago, the aging U.S. population is likely to sell off stocks down to normal levels of return, just as a generation of yuppies snapped them up into the late 1990s. Based on the same trend of aging, Mueller projects the trend to last until 2010 or even 2020.

No wonder a number of leading hedge funds, including the Democratic Century Fund, went short U.S. stocks late last week and early this week. DCF plans to stay short through the election, the agonizing Iraq debate at the United Nations, and possibly into the start of a slow Christmas season. A Federal Reserve rate cut may help some, but will also italicize the central bank's confession the economy is still weak.

How to make the play: Big investors can buy puts. Small investors, under the dubious protection of 401-k limits, cannot go "short." They can, however, buy inverse mutual funds that go short the market themselves. One such fund is Rydex Arktos, or RYDAX, listed in New York. As always, 1. you should not make investments solely on the advice of this column; and 2. the columnist may, and in fact does, hold the security mentioned.

The bottom line, to invert an old truism, is this: Sell high (now), buy low (sometime in November or December). An unexpected, completely undiscounted Democratic surge would add one final, last leg to the bear market.

If the Democrats don't win the House, well, few people expect them to anyway. And if they do, there may be one more straw on the camel's back. This is already one overloaded camel.

(Gregory Fossedal is chief investment officer of the Democratic Century Fund in Washington and a former editorial writer for The Wall Street Journal. His firm may hold some of the securities mentioned in this article. Individual investors should contact their own investment professional before making any decisions to buy or sell these or any related securities.) 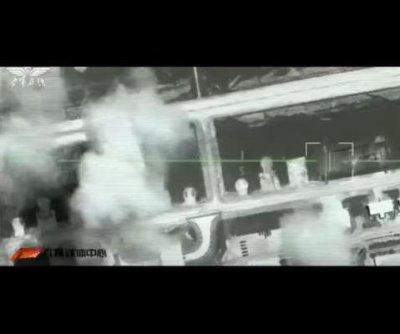