SKOPJE, Macedonia, April 22 (UPI) -- According to David McClintick ("Swordfish: A True Story of Ambition, Savagery, and Betrayal"), in the late 1980's, the FBI and Drug Enforcement Administration set up dummy corporations to deal in drugs. They funneled into these corporate fronts money from drug-related asset seizures.

The idea was to infiltrate global crime networks but a lot of the money in "Operation Swordfish" may have ended up in the wrong pockets. U.S. government agents and sheriffs got mysteriously and filthily rich and the whole sorry affair was wound down. The General Accounting Office reported more than $3.6 billion missing. This bit of history gave rise to at least one blockbuster with Oscar-winner Halle Berry.

Kazakh Prime Minister Imanghaliy Tasmaghambetov freely admitted on April 4 to his country's rubber-stamp parliament the existence of a $1 billion slush fund. The money was apparently skimmed off the proceeds of the opaque sale of the Tengiz oilfield. Remitting it to Kazakhstan -- he expostulated with a poker face -- would have fostered inflation. So, the country's president, Nursultan Nazarbaev, kept the funds abroad "for use in the event of either an economic crisis or a threat to Kazakhstan's security".

The money was used to pay off pension arrears in 1997 and to offset the pernicious effects of the 1998 devaluation of the Russian ruble. What was left was duly transferred to the $1.5 billion National Fund, the prime minister insisted. Alas, the original money came entirely from another sale of oil assets to Chevron, thus casting in doubt the official version.

The National Fund was, indeed, augmented by a transfer or two from the slush fund -- but at least one of these transfers occurred only 11 days after the damning revelations. Moreover, despite incontrovertible evidence to the contrary, the unfazed premier denied that his president possesses multi-million dollar bank accounts abroad.

He later rescinded this last bit of disinformation. The president, he said, has no bank accounts abroad but will promptly return all the money in these non-existent accounts to Kazakhstan. These vehemently denied accounts, he speculated, were set up by the president's adversaries "for the purpose of compromising his name".

On April 15, even the docile opposition had enough of this fuzzy logic. They established a People Oil's Fund to monitor, henceforth, the regime's financial shenanigans. By their calculations less than 7 percent of the income from the sale of hydrocarbon fuels (about $4-5 billion annually) makes it to the national budget.

Slush funds infect every corner of the globe, not only the more obscure and venal ones. Every secret service, from the Mossad to the CIA, operates outside the stated state budget. Slush funds are used to launder money, shower cronies with patronage, and bribe decision makers. In some countries, setting them up is a criminal offense, as per the 1990 Convention on Laundering, Search, Seizure, and Confiscation of the Proceeds from Crime. Other jurisdictions are more forgiving.

The Catholic Bishops Conference of Papua New Guinea and the Solomon Islands issued a press release November last in which it welcomed the government's plans to abolish slush funds. They described the poisonous effect of this practice: "With a few notable exceptions, the practice of directing funds through politicians to district projects has been disastrous. It has created an atmosphere in which corruption is thought to have flourished. It has reduced the responsibility of public servants, without reducing their numbers or costs. It has been used to confuse people into believing public funds are the "property" of individual members rather than the property of the people, honestly and fairly administered by the servants of the people. The concept of 'slush-funds' has resulted in well-documented inefficiencies and failures. There were even accusations made that funds were withheld from certain members as a way of forcing them into submission. It seems that the era of the 'slush funds' has been a shameful period."

But even is the most orderly and lawful administration, funds are liable to be mislaid. "The Economist" reported recently about a $10 billion class-action suit filed by Native Americans against the U.S. government. The funds, supposed to be managed in trust since 1880 on behalf of half a million beneficiaries, were "either lost or stolen" according to officials.

Rob Gordon, the Director of the National Wilderness Institute accused "the U.S. Interior Department (of) looting the special funds that were established to pay for wildlife conservation and squandering the money instead on questionable administrative expenses, slush funds and employee moving expenses."

Charles Griffin, the deputy director of the Heritage Foundation's Government Integrity Project, charges, "The federal budget provides numerous slush funds that can be used to subsidize the lobbying and political activities of special-interest groups."

High ranking Japanese officials, among others, may have received payments through this stealthy venue. Lee is alleged to have drawn $100,000 from the secret account in February 1999. The money was used to pay for the studies of a former Japanese Vice-Defense Minister Masahiro Akiyama at Harvard.

Ryutaro Hashimoto, the former Japanese prime minister, was implicated as a beneficiary of the fund. So were the prestigious lobbying firm, Cassidy and Associates and assorted assistant secretaries in the Bush administration.

John Bolton, undersecretary of state for arms control and international security, admitted, during his confirmation hearings, to having received $30,000 to cover the costs of writing 3 research papers.

The Taiwanese government has yet to deny the news stories.

A Japanese foreign ministry official used slush fund money to finance the extra-marital activities of himself and many of his colleagues, often in posh hotel suites. But this was no exception. According to Asahi Shimbun, more than half of the 60 divisions of the ministry maintained similar funds. The police and the ministry are investigating. One arrest has been made. The ministry's accounting division has discovered these corrupt practices twenty years ago but kept mum.

Even low-level prefectural bureaucrats and teachers in Japan build up slush funds by faking business trips or padding invoices and receipts. Japanese citizens' groups conservatively estimated that $20 million in travel and entertainment expenses in the prefectures in 1994 were faked, a practice known as "kara shutcho" (i.e., empty business trip).

Officials of the Hokkaido Board of Education admitted to the existence of a 100 million yen ($800,000) secret fund. In a resulting probe, 200 out of 286 schools were found to maintain their own slush funds. Some of the money was used to support friendly politicians.

(Part 2 of this analysis will appear Tuesday.)

Defense News // 2 hours ago
China issues retaliation threat over $1.4B sales of U.S. arms to Taiwan
Oct. 23 (UPI) -- A spokesman of the Chinese defense ministry suggested that China will retaliate if $1.4 billion U.S. arms sales to Taiwan go through. 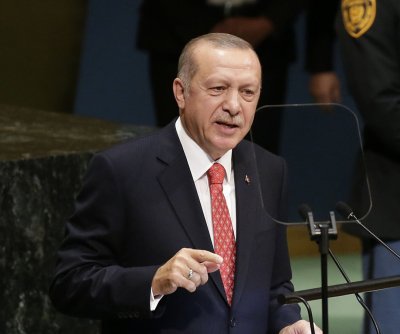 Defense News // 23 hours ago
NASA prototype can diagnose multiple illnesses by analyzing breath
Oct. 22 (UPI) -- NASA researchers have developed a prototype of a technology that can a variety of illnesses and abnormalities just by analyzing compounds in a person's breath. 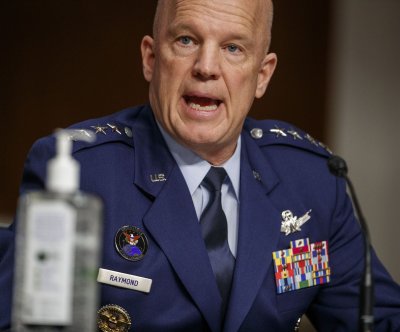 State Department approves $1.4B sales of missile systems to Taiwan 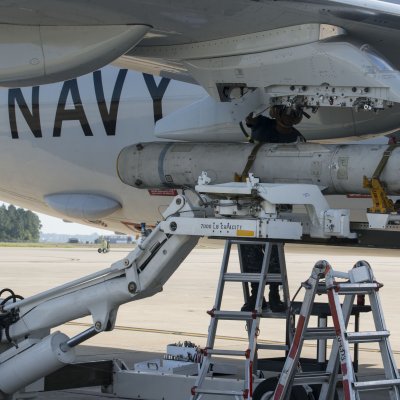