The country holds vast oil reserves beneath a hard-to-crack layer of submarine salt. 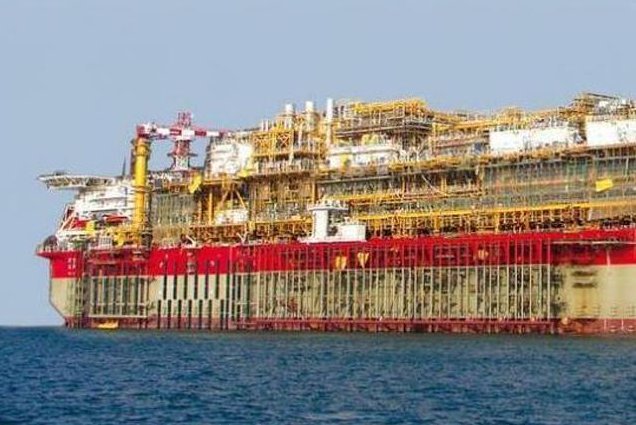 Brazil had its most successful auction for right to tap into its offshore basins, which are located beneath a thick layer of submarine salt. Photo courtesy of TechnipFMC

June 8 (UPI) -- An auction for rights to tap into the oil basins off the coast of Brazil highlights the country's prospects for those with deep enough pockets, analysis found.

Brazil on Thursday held its fourth auction for the rights to bid on four areas outlined in the 1,634-square-mile offering. Three of the areas were snatched up in what turned out to be a record-setting bidding round for Brazil.

"Brazil continues to represent a key investment for ExxonMobil, and we look forward to exploring and developing its world-class resources with our co-venturers and the government," Steve Greenlee, the president of Exxon Mobil's exploration division, said in a statement.

Exxon has a stake in 25 select areas off the coast of Brazil. It's working alongside its partners at Norwegian energy company Equinor at the country's Carcara field, which holds more than 2 billion barrels of recoverable oil.

RELATED Iranian oil production not impacted by sanctions yet

Equinor, formerly known as Statoil, completed a transaction with Exxon earlier this week that puts the latter in an equity partnership at the BM-S-8 block off the coast of Brazil with a 36.5 percent stake.

Much of the oil from the offshore basins is buried underneath a thick layer of salt on the ocean floor and producers have been able to crack into that in recent years. Output from pre-salt basins has accelerated since 2009 as exploration and production technology acclimates to the region's tough conditions.

Juliana Miguez, a senior research analyst for Latin America at consultant group Wood Mackenzie, said Brazil is a premier oil producer, but only for those companies with deep enough pockets to crack the pre-salt basins.

"The large resource base and impressive well deliverability produce some of the most attractive development economics outside of tight oil," she said in a statement. "However, high costs and high risk counterbalance this vast resource potential."

The Brazilian Central Bank said in May the Brazilian economy was softening, which it said was expected during a period of gradual recovery. There may be frustrations with the pace of inflation, however, and broader risks in the global economy.

Michel Temer tabled a proposal to cut prices for 60 days and suspend some highway tolls in an effort to appease the striking workers. Lorry drivers had been protesting higher fuel prices for much of the month.