The Pope is seen here getting out of his car following his arrival at the Gemelli Hospital June 20, 1981. The pontiff returned to the hospital with complications resulting from the gunshot wounds he suffered earlier in the year. (UPI Photo/Luciano Mellace)

But the violence didn't end there. On Wednesday, May 13th, while Pope John Paul II was addressing a late-afternoon weekly general audience, a young Turk with a 9mm automatic tried to take the life of the head of the Roman Catholic Church.

Jay Dyer: "On Wednesday, the 13th of May, Pope John Paul II was holding his regular audience in St. Peter Square on the edge of the Vatican City. The Square was crowded with thousands of people, many reaching out and trying to touch him as he drove past in the wide-open truck known as the Popemobile.

"Then the unthinkable happened: shots rang out, and the Pope was sinking onto his side, a bright-red stain spreading across his white cassock.

"Tourists Howard and Maryann Wheeler were in the crowd … "

Howard Wheeler: "'We were standing next to the fence, and the Pope -- the Pope was approaching and then standing up in the Jeep, and I told my wife Maryann to put her hands up because he would be there in another two or three seconds; and I was taking pictures of him and he was ten feet away, and there were two shots and the Pope crumpled over like this and -- and looked up very frightened, and then he fell down in the Jeep and all pandemonium broke loose."'

Jay Dyer: "From where they were, they couldn't see the attacker, only hear him … "

Maryann Wheeler: "'We didn't see him, but we -- of course we heard the shots; they were like -- they were like firecrackers. The Pope, he looks just shocked, like "'What happened, what's going on?"'"

Jay Dyer: "Others, however, did see the gunman. And for the police it was more a matter of protecting the would-be assassin from the anger of the crowd than of arresting him.

"For the Pope, this day saw the start of a long battle for recovery, a battle that was to last most of the year. For the authorities, it was the start of an investigation that still remains inconclusive.

"After the shooting, the Pope was rushed to the Gemelli Hospital, where surgeons spent over four hours operating on the Pontiff's intestines, which had suffered the worst damage in the shooting. The operation was successful, but it was to be many months before the Pope was once again fit enough to resume his travels.

"As to his assailant, the only thing about which there was no doubt was the fact that a 23-year-old Turk, Mehmet Ali Ağca, fired the shots. Why he did it, however, and who, if anyone, was backing and helping him remains a mystery.

"This is Jay Dyer reporting." 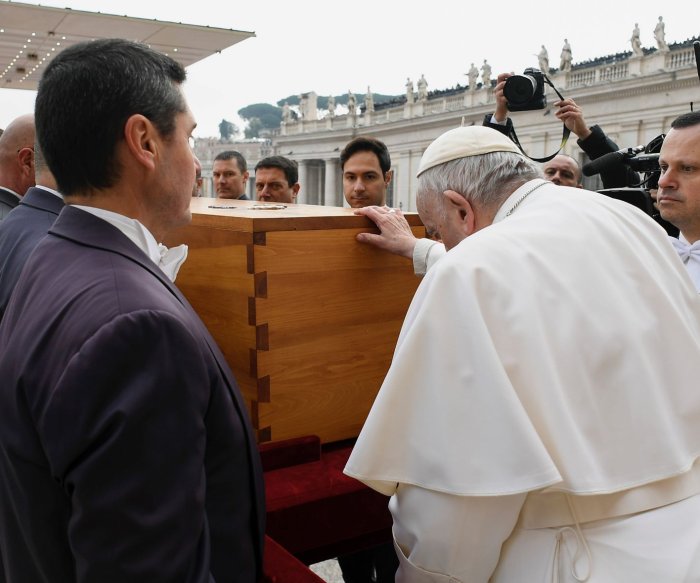