U.S. Presidential Adviser Henry A. Kissinger shakes hands with Hanoi’s Le Duc Tho as they meet outside the communist owned villa in suburban Gif-sur-Yvette near Paris on June 5, 1973. They are meeting in new and possibly the final round of talks aimed at ending the Vietnam cease-fire violations. Aides in the foreground are not identified. (UPI Photo/Files)

Announcer: One of the promises President Nixon made when he took office for the first time in 1969 was that he would try his best to end the war in Vietnam. Peace talks that had been broken off in 1972 started again in January. Henry Kissinger and Le Duc Tho were the chief negotiators for the two sides. Finally, the rumor that had persisted during the last part of 1972 became a fait accompli in 1973.

President Richard M. Nixon: "We today have concluded an agreement to end the war and bring peace with honor in Vietnam and in Southeast Asia."

Ed Karrens: Ironically, the announcement came on the very day that former President Lyndon Johnson passed away. It was the Vietnam War that troubled Johnson so, and it was the war that influenced his decision not to run for a second term.

The agreement called for the withdrawal of the remaining 23,000 American troops from Vietnam and the release of all prisoners of war. For many Americans, there were emotional reunions of families who had been separated, some for as many as eight years.

The first batch of POWs arrived at Clark Air Force Base on February 12th. The first man off the plane was Navy Captain Jeremiah Denton, Jr.

Captain Jeremiah Denton, Jr.: "We are profoundly grateful to our Commander in Chief and to our nation for this day. God bless America."

Ed Karrens: For their efforts, Henry Kissinger and Le Duc Tho were awarded the Nobel Peace Prize. Kissinger donated his prize money, some $60,000, to help the orphan children of American servicemen. Le Duc Tho refused the prize.

The actual signing of the agreement came on January 27th. It was in Paris, and Chris Lodge was there.

Chris Lodge: "Outside the Majestic Hotel under leaden skies that threaten to explode into thunderstorms, hundreds of demonstrators gathered waving North Vietnamese and Vietcong flags. The first delegation to arrive was the South Vietnamese, headed by the Foreign Minister Tran Van Lam. The demonstrators almost drowned him out as he read a prepared statement thanking the French government for hosting the talks. Chris Lodge, Paris."

Ed Karrens: In many cities in the United States, church bells were rung at the exact time of the signing, symbolic of the peace that everyone had waited so long for ...

Ed Karrens: However, the promised ceasefire in Laos and Cambodia didn't come immediately in 1973. American planes took part in bombings until August 15th, when a Congressional ruling took effect halting the bombing. 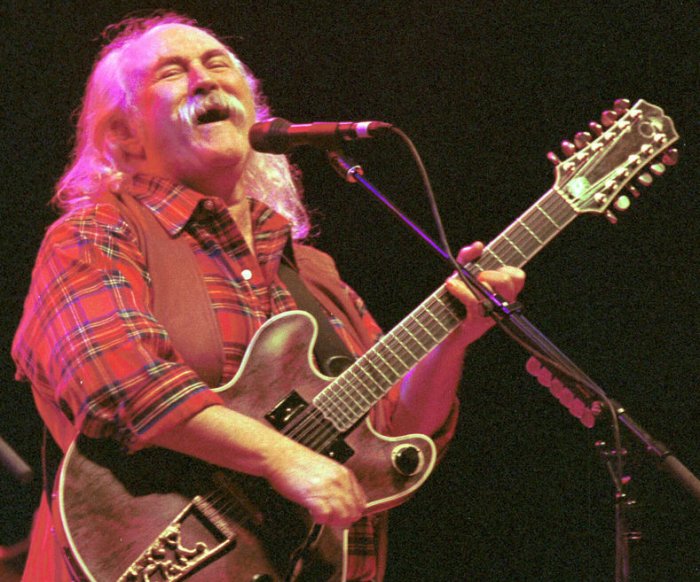