The warning, conveyed through a message condemning the second assassination attempt on President Pervez Musharraf, in two weeks, also urging other Western citizens in the country to take precautionary measures.

"We have evidence of a potential threat to American citizens and other Westerners in Pakistan from terrorists posing as street vendors or beggars on busy streets," State Department spokesman Lou Fintor told United Press International.

"We urge U.S. citizens to avoid congested areas where these individuals could approach their vehicles."

On Thursday, two suicide bombers rammed their cars into President Musharraf's motorcade in Rawalpindi, a city adjacent to the Pakistani capital, Islamabad. Musharraf, who is also the country's army chief, was returning to his official residence -- the Army House -- after inaugurating a science fair in Islamabad.

The blasts killed 15 people, including the bombers, and four military policemen and sent a shock wave through Washington where Musharraf is seen as a key U.S. ally in the war against terror.

"We were dismayed to hear that a bomb blast occurred near President Musharraf's motorcade in Rawalpindi. We are very pleased that the president and his traveling party escaped unhurt," said Fintor.

Musharraf is also the ruler of the world's sixth largest nation in the world -- about 150 million people -- which possesses nuclear weapons and is involved in a territorial conflict with its much larger neighbor, India, also a nuclear power.

Musharraf has angered his country's small but influential religious extremists by joining the U.S.-led war on terrorism and by offering bases to U.S. troops for operations in neighboring Afghanistan.

The questions of Musharraf's vulnerability and a possible fundamentalist take over of the Pakistani government are being hotly discussed in international circles since Dec. 14 when the military ruler survived the first assassination attempt on his life. Five powerful bombs partially damaged a bridge that he had crossed moments earlier. Pakistani officials said the bombs were strong enough to destroy the entire presidential cavalcade.

But an electronic device -- a gift from CIA -- saved Musharraf's life by jamming the remote control the assassins were using to explode the bombs.

The second attempt on Thursday has further increased the fear that Pakistan could collapse under increasing internal and external pressures. Internally, Pakistan is plagued by economic instability, religious militancy and political turmoil. Externally, an expensive arms race with India, prompted by the 56-year old Kashmir dispute, is bleeding its economy white.

But Anatol Lieven, a senior associate at the Carnegie Endowment for International Peace, warns that the United States cannot afford to allow Pakistan to spin out of control because it would cause unbearable instability and violence across the entire region.

"The next best option to ruling Pakistan (for the Pakistanis) is to help them run the country and encourage them to reduce tensions with India," he told a recent seminar in Washington.

Bombings and assassinations continue to occur throughout Pakistan, often targeting U.S. interests. Two Americans were killed in several more were injured in a bombing at an Islamabad church frequented by Westerners on March 17, 2002 and an American news reporter was kidnapped and killed in Karachi in Jan 2002. The U.S. consulate general in Karachi sustained attacks in June 2002 and February 2003.

As the State Department warned, "Rallies, demonstrations and processions occur from time to time throughout Pakistan on very short notice and have often taken on an anti-American or anti-Western character."

The assassination attempts on Musharraf are also threatening a major regional summit, scheduled in Islamabad for Jan. 4-6. The United States and other world powers have been encouraging Indian and Pakistani leaders to meet during the summit and take initial steps toward resuming bilateral talks.

Initial reports from both Islamabad and New Delhi indicated that the two governments were keen on resuming the dialogue but after Thursday's attacks on Musharraf, the Indian government appears reluctant to send Prime Minister Atal Bihari Vajpayee to Islamabad for the summit.

Other political commentators, both in India and Pakistan, also have questioned if it is safe for South Asian leaders to attend the Islamabad summit next week.

President Musharraf, however, said the assassins were targeting him. Foreigners, including South Asian leaders coming to attend the summit, were safe in Islamabad.

The assurance, however, did not prevent the State Department from warning U.S. citizens in Pakistan to take appropriate precautions to ensure their security and safety.

These measures include being vigilant of their surroundings, avoiding crowds and demonstrations, keeping a low profile, varying times and routes for all required travels and ensuring travel documents were current.

The department reminded U.S. citizens that sectarian and separatist terrorists within Pakistan continue to target American and other Western interests as well as those of certain indigenous groups.

The State Department also extended condolences to the families of the two policemen and other victims of the bomb blast and hoped that Pakistani authorities would identify "the perpetrators of this criminal act and soon bring them to justice." 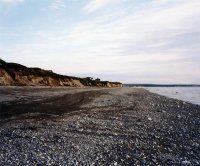 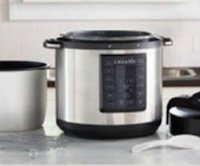 Odd News // 4 hours ago
Canadian lottery winner was unaware of jackpot for over a month
Nov. 25 (UPI) -- A Canadian man said he was completely unaware that he had won a lottery jackpot of more than $75,000 until he took a big stack of tickets into a store to scan over a month later. 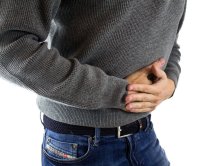 Odd News // 5 hours ago
Minnesota squirrel appears drunk after eating old pear
Nov. 25 (UPI) -- A Minnesota woman who has been feeding the squirrels outside her home shared video of one of the animals acting drunk after eating an apparently fermented pear.