LOS ANGELES, Sept. 22 -- A two-hour telethon aired on most U.S. electronic media Friday night to raise funds for victims of the Sept. 11 terrorist attacks was more than a historic event in entertainment history -- it was also a major element in a return to normalcy in American life.

An aggregation of Hollywood stars and recording artists worthy of an Oscars telecast, an Emmy awards show and a Grammy show put together gathered on soundstages in Los Angeles, New York and London for "America: A Tribute to Heroes" -- to focus public attention on a wide range of issues related to the attacks, with special emphasis on those people who risked or lost their lives to help others at the World Trade Center, the Pentagon and the skies over western Pennsylvania.

From Bruce Springsteen's opening number to the finale -- in which Willie Nelson sang "America the Beautiful" with help from a chorus drawn largely from Hollywood's A-list -- the show used music and dramatic readings to drive home values such as peace, freedom, harmony, brotherhood, courage, selflessness and patriotism.

Hanks made it clear that the actors and musicians do not consider themselves "heroes or healers," but were involved in the telethon in response to the same impulse that most Americans have had at some time or another since Sept. 11 -- to do something.

As one might expect, the program offered a significantly different approach to dealing with the tragedy and its implications than most mainstream news coverage has provided.

The telethon began on a note of spirituality and maintained that tone for most of its two-hour running time.

In one of the relatively few overt, specific references to religion -- a central issue in the news coverage and analysis of the attacks -- Muhammad Ali said he was there to give viewers "the real truth" about Islam.

"I wouldn't be here representing Islam," said the former heavyweight boxing champ, "if it was as bad as the terrorists made it look."

Likewise, the show included frequent displays of patriotism, and the U.S. flag was unmistakably present -- but those themes and images did not dominate the proceedings the way they have dominated the text, the subtext and the visual content of TV news coverage of the attacks.

Kelsey Grammer used the words of President John F. Kennedy to assure viewers that "confronted by evil, we must rise to the occasion."

Tom Petty spoke to the widespread feeling among Americans that the country must refuse to give in to terror with his song, "I Won't Back Down."

The occasion may have been uplifting, but it was no time for comedy.

Carrey, Williams and Chris Rock -- three often uncontrollable forces of nature in the world of comedy -- appeared during the program, but all three controlled any urges they might have had to go for a laugh.

The show was staged without live audiences, but the musicians seemed plenty inspired to give soulful performances of their numbers. Billy Joel's take on "New York State of Mind" -- delivered with a firefighter's helmet sitting on the piano -- would have brought the house down, if there had been a studio audience.

In view of its unfortunate association with the tragedy in New York, does the phrase "brought the house down" deserve to be retired permanently from the entertainment lexicon?

Many analysts have observed that everything has changed since Sept. 11. The entertainment industry -- like other institutions of American life -- is engaged in a reexamination of its mission, its methods and its values.

"America: A Tribute to Heroes" may in some ways represent a jumping off point for some new direction or another.

Of course, it may simply have been an occasion for a genuinely multicultural family of artists to provide the rest of us with a vivid illustration of a kind of world that is possible when tolerance, understanding and mutual respect are so highly valued that the public agenda is too crowded to accommodate contempt, ignorance and fear.

Lucy Liu and Julia Roberts expressed flip-side versions of the sentiment in their spots on the show.

Notions such as that have taken a beating in recent years from critics who loathe sentimentality and political correctness. It's possible, in the aftermath of Sept. 11, that sentimentality and old-fashioned notions of decency will become fashionable again, not just among the public but specifically in the studios where America's entertainment is produced.

It's less likely that the public will offer a huge, warm embrace to the message Neil Young chose to deliver in his musical spot, in which he sang "Imagine" -- John Lennon's anthem to altruism.

"Imagine there's no countries," Lennon wrote. "It isn't hard to do. Nothing to kill or die for, and no religion too."

You'd have to get pretty carried away even to suppose that Americans in 2001 are ready to endorse that one.

On the other hand, Sting may have changed a few hearts and minds when he sang about the fragility of life and the futility of violence.

The Hollywood actors and recording artists who participated in "America: A Tribute to Heroes" did not, for the most part, endorse President Bush's military response to the terrorist attacks. Neither did anyone argue against it.

They simply chose to emphasize something else -- the heroism of people who were present when terrorists hijacked and crashed four jetliners, and who made the tough choices to put their own lives on the line in service to an ideal.

The telethon was a rare opportunity for entertainment consumers to see an A-list intensive collection of stars.

But its finest achievement was the quiet dignity with which it introduced viewers to the people who were intimately involved in the events of Sept. 11 - and to countless citizens around the country and around the world who share mutual feelings of outrage over the attacks, admiration for the heroes, and grief over the loss of more than 6,000 innocent lives. 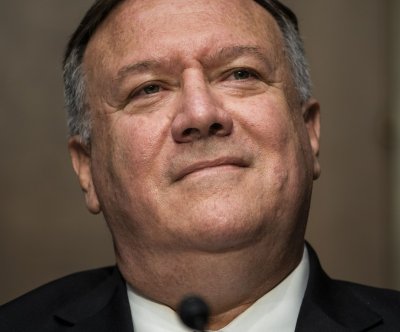 U.S. News // 1 hour ago
U.S. blacklists 6 Chinese companies for dealing with Iran shipping network
Oct. 19 (UPI) -- The Trump administration has blacklisted two Chinese businessmen and six Chinese companies for doing business with the Islamic Republic of Iran Shipping Lines and in some cases of helping it to evade U.S. sanctions. 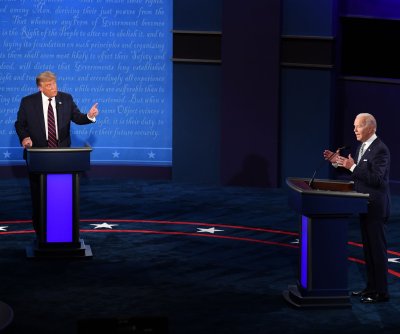 U.S. News // 2 hours ago
Debate commission: Candidates' mics will be muted during portions of final debate
Oct. 19 (UPI) -- President Donald Trump and Democratic nominee Joe Biden will have their microphones muted during their opponents opening statements for each segment of Thursday's final presidential debate.

U.S. News // 3 hours ago
Trump mocks Fauci, downplays COVID-19 at Arizona rally
Oct. 19 (UPI) -- President Donald Trump on Monday criticized the director of the National Institute of Allergy and Infectious Diseases, Dr. Anthony Fauci, while downplaying the COVID-19 pandemic at a pair of rallies in Arizona.

U.S. News // 8 hours ago
Dow Jones falls 410 points as COVID-19 stimulus deadline nears
Oct. 19 (UPI) -- The Dow Jones Industrial Average fell 410 points on Monday as a deadline on another round of stimulus imposed by House Speaker Nancy Pelosi drew nearer without progress toward a deal.