TAMPA, Fla., Dec. 31 -- The resurgence at South Carolina was one of this year's biggest college football stories and now the Gamecocks can make the first big splash of 2001 Monday against No. 18 Ohio State in the Outback Bowl.

The Gamecocks (7-4) were winless a season ago, but a 7-1 start got the school into the national rankings for six weeks. A three-game losing streak to close the regular season has dulled the shine just a bit off a campaign that began with a 31-0 win over New Mexico State, breaking a school-record 21-game losing streak.

South Carolina, which features one of the nation's stingiest defenses, is making its first bowl appearance since Jan. 2, 1995 in search of just its second postseason victory. The Gamecocks' 24-21 win over West Virginia in the Carquest Bowl six years ago stands as the only bowl triumph.

Prior to that win, South Carolina had lost eight bowl games. Its only other appearance on a year's first day came in 1946, when the Gameocks were beaten in the Gator Bowl by Wake Forest, 26-14.

After missing the postseason in 1999, the Ohio State Buckeyes rebounded this year, but after a 5-0 start, they closed 3-3, including yet another loss to archrival Michigan.

Unlike South Carolina, fans of Ohio State are used to playing at this time of year and are upset that the Buckeyes are not in a grander bowl. The Buckeyes played on New Year's Day eight times during the 1990s and are appearing in their 32nd bowl game overall. Ohio State won its last postseason game, defeating Texas A&M, 24-14, in the 1999 Sugar Bowl.

The Buckeyes' two key offensive players, Steve Bellisari and Derek Combs, better be ready for the 11:00 a.m. kickoff, as South Carolina enters allowing just 308 yards per game to rank 16th in the country.

Bellisari, a junior from Boca Raton, threw for 2,162 yards and 13 touchdowns and 12 interceptions. South Carolina's defense features one of the best secondary units in the nation, led by cornerback Rashad Faison, who will likely draw Ohio State's Ken-Yon Rambo in this contest.

The Gamecocks will be able to give even more attention to Rambo after Reggie Germany, the Buckeyes' second-leading receiver, was ruled academically ineligible.

Offensively, the Gamecocks feature Phil Petty, who has thrown for 2,110 yards. But sophomore Derek Watson, who rushed for 1,066 yards and 12 touchdowns during the season, was suspended for this game for violating unspecified team rules. Senior Jermale Kelly is Petty's top target.

This will be the first meeting between the schools. South Carolina is 6-1-1 all-time against current members of the Big Ten Conference, while Ohio State is playing an SEC member in a bowl game for the fifth time since Jan. 1, 1990. That year, Ohio State lost to Auburn in the Hall of Fame Bowl. It has been beaten by Georgia, Alabama and Tennessee in the Citrus Bowl since then. 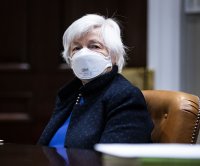