KIEV, Ukraine, June 5 -- President Clinton and Ukrainian President Leonid Kuchma announced Dec. 15 as the final date for decommissioning the Chernobyl nuclear plant, the site of a major reactor disaster during the Soviet era.

"I'm very proud and moved to be here today," Clinton said at a signing ceremony in an ornate hall of Kiev's Mariinsky Palace.

On a related issue, Clinton announced plans to drop U.S. quotas on Ukraine's commercial satellite launches. The elimination of quotas represents a major opportunity for the Ukrainian government to set up a satellite launches from land-based pads or proposed sea platforms near the equator, where orbit trajectory requires less rocket oomph and saves money and payload space for bigger satellites.

Clinton and Kuchma outlined the joint agreements at a brief session together in which the two celebrated the deal with top aides in a champagne toast.

Later, Clinton addressed a concert rally in Kiev's St. Michael's Square where some 75,000 people stood with Ukrainian and American flags in salute of the president's visit. Speaking before a packed square, Clinton urged Ukrainians to stay on the path pf democratic reform that he said would bring them into the fold of European nations like Lithuania, Poland or the Czech Republic.

"Ukraine has the best opportunity in 1,000 years to achieve freedom and prosperity," Clinton said to cheers. "We reject the idea that the eastern border of Europe is the western border of Ukraine."

Clinton also took a moment to lay a wreath at a memorial honoring those who died in a Ukrainian famine during the rule of Josef Stalin. Before leaving, Clinton greeted the crowd, shaking hands with hundreds of well-wishers as an orchestra played American classics such as "Take me out to the ball game" and "God bless America."

U.S. News // 8 hours ago
Trump criticizes Minnesota leaders over rally attendance size
Oct. 30 (UPI) -- President Donald Trump criticized leaders in Rochester, Minn., on Friday after he was forced to agree to a smaller rally than he wanted due to coronavirus-related restrictions. 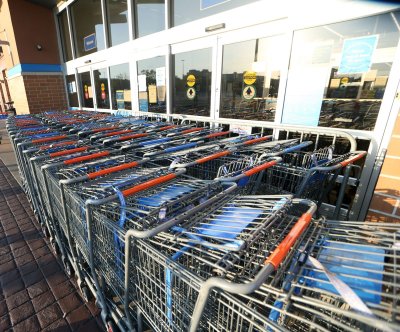 U.S. News // 5 hours ago
Walmart returns guns, ammo to sales floors
Oct. 30 (UPI) -- Walmart said Friday it's returning guns and ammunition to the shelves of its stores, one day after pulling the products over fears of store break-ins and thefts during potential civic unrest.

U.S. News // 9 hours ago
Prosecutors decline to retry Kennedy cousin in 1975 slaying
Oct. 30 (UPI) -- Prosecutors in Connecticut told a judge Friday they don't intend to retry Michael Skakel, a member of the political Kennedy family, for the 1975 death of his neighbor. 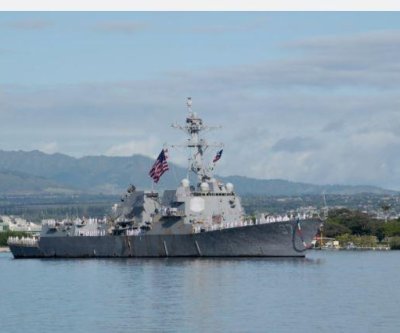 U.S. News // 10 hours ago
Higher COVID-19 deaths could strip some support for Trump, study says
Oct. 30 (UPI) -- Voters who live in areas with more COVID-19 deaths are at least somewhat less likely to support President Donald Trump and other Republican candidates in the 2020 election, according to a study published Friday.