Bush and Zedillo attended the dedication of the World Trade Bridge, a $125 million span constructed to handle the growing commercial traffic between Nuevo Laredo and Laredo, Texas.

"Today we are celebrating not just a bridge of concrete and steel, but a lasting alliance of common hopes and friendship," the Texas governor said. "And now we must build on the success of NAFTA. We must look to all the nations of Latin America and the possibilities of still broader trade and cooperation. What is true between Mexico and the U.S. is true among all nations in our hemisphere."

Bush, the apparent Republican presidential nominee, promised if elected he would work to "create an entire hemisphere of free trade: A system of shared principles and obligations offering prosperity and democracy to all."

Bush said, "To all who are willing, we will extend the benefits of NAFTA -- free trade and open markets throughout the Americas, from northernmost Alaska to the tip of Cape Horn. And I will call upon Congress to grant me fast-track negotiating authority to aggressively pursue new trade agreements."

A U.S. dedication ceremony for the bridge was held April 14 in Laredo.

The eight-lane bridge is the fourth international bridge between the two nations at Laredo and the largest commercial traffic bridge in the United States, according to officials.

Laredo, a city of 162,000, is currently the largest port between Mexico and the United States, handling 38 percent of the total U.S.-Mexico ground transportation trade.

Exports and imports passing through Laredo since the North American Free Trade Agreement was enacted in 1994 total nearly $70 billion per year and account for more than half a million American jobs.

U.S. News // 15 minutes ago
Supreme Court finds officers covered by 'qualified immunity' in two cases
Oct. 18 (UPI) -- The Supreme Court on Monday ruled in favor of police in a pair of cases challenging officers' right to "qualified legal immunity" from civil damages resulting from their actions.

U.S. News // 35 minutes ago
Watch live: Jill Biden hosts Teacher of the Year winners
Oct. 18 (UPI) -- First lady Jill Biden will host the Council of Chief State School Officers' 2020 and 2021 Teachers of the Year at the White House on Monday.

World News // 37 minutes ago
Norway attack: victims killed by stabbing, not by arrows
Oct. 18 (UPI) -- Police said Monday that the five people who were killed last week in an attack in Norway were stabbed, not shot at by a bow and arrows. 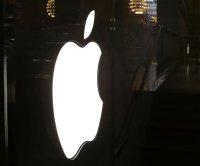