PORTLAND, Ore., Sept. 25 -- A gunman opened fire on four people at the Church of Scientology Wednesday, leaving one pregnant woman in critical condition, two others seriously injured, and another with a minor injury. Jairus Godeka, 38, originally from Kenya, allegedly walked into the downtown Portland, Ore. church at 11:30 a.m., and shot the pregnant receptionist in the shoulder. She was able to escape to a basement, where she hid. The gunman then shot three men inside the church, and spread gasoline in the building and lit it, said Lt. Cliff Madison, spokesman for the Portland Police Bureau. He then grabbed a fifth victim and held that person hostage and tried to flee out the side door, where he was confronted by police officers about 5 feet away. Police successfully negotiated with Godeka to release the hostage and the gun, and he was arrested. Godeka was charged in February with blackmail and extortion against the same church. Police did not provide details about his prior arrests at the church this year and in 1994. The man with minor injuries had a graze wound to his buttocks. The injury would have been more serious had his wallet not been in the way, Madison said. 'He didn't realize he was shot because it went through his pants and his wallet. But he felt pain in his rear end,' Madison said. The church received only moderate smoke and water damage because firefighters managed to put out the flames within a few minutes, officials said.

Odd News // 2 hours ago
Alabama couple convert helicopter into 'helicamper'
May 23 (UPI) -- An Alabama couple who spotted the main body of a helicopter on Facebook Marketplace decided to buy the aircraft -- and converted it into a camper.

Odd News // 5 hours ago
Raccoon rescued from outdoor drain in Ohio
May 23 (UPI) -- Police in Ohio came to the rescue of a young raccoon found trapped in an outdoor drain. 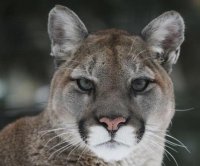