CHICAGO, June 27 -- The American Medical Association's House of Delegates voted Thursday to support federal legislation barring health maintenance organizations from writing doctors' contracts to include 'gag clauses,' which prevent them from discussing treatments the HMO won't pay for. The AMA said such contract stipulations inhibit the free flow of information and prevent doctors from giving the best care possible to their patients. The group also narrowly approved a resolution calling for mandatory AIDS testing for all pregnant women. The resolution passed by four votes, 185-181, and strengthened a previous policy advising doctors to give information about HIV counseling to pregnant women. Doctors changed their policy because advances in drug therapy are giving them a greater ability to prevent the transmission of the virus from mother to baby. Opposition to the 'gag clauses' imposed by some HMOs was led by the AMA's Young Physicians Section. The younger doctors objected to what they call a conflict with 'the ethical and moral spokesmanship inherent in the doctor-patient relationship' that they say such contracts create. Some HMOs require doctors in their programs to agree to contract language preventing them from freely discussing services that aren't covered or from talking about the doctor's financial arrangements with the HMO, such as whether he or she has any incentive to recommend certain types of treatments to hold down costs. The AMA's stand against such 'gag clauses' came on the same day that a bill to outlaw such contracts was passed unanimously by the House Commerce Subcommittee on Health and the Environment.

The bill is co- sponsored by Reps. Edward Markey, D-Mass., and Greg Gankse, R-Iowa. On the AIDS testing issue, the House of Delegates was seriously split. Many doctors said AIDS testing should not be made mandatory because of privacy concerns and also because of a general opposition to any type of forced procedure that could have consequences to a patient's lifestyle. However, James Allen, a Chicago-area public health specialist, said a combination of scientific advances and the spotty success record of voluntary efforts tipped the scales in favor of mandatory testing. 'This year the House of Delegates believed that the voluntary programs were not working as well as they'd like to see and voted to make it AMA policy that testing be mandatory,' Allen said. 'Of course, any physician in fact has to follow the state laws. The issue now is to let state legislatures, the federal government, public health services, state health departments and others that have an influence on existing state policy know about our position.' Allen said the continued development of the drug AZT played a role in the vote. Recent studies have found that if administered early in the pregancy, AZT can be effective at stopping the transmission of the HIV virus from mother to child. So most doctors now believe that AIDS testing should be mandatory to give the drug a chance to work. In other action Thursday, the AMA: --overwhelmingly voted to oppose 'ultimate fighting' contests, in which combatants engage in no-holds-barred bouts that are often bloody, brutal and result in serious injuries; --voiced strong opposition to a television advertising campaign by hard liquor distiller Seagram and called for a federal ban on TV advertising of such products; --called for the development of new standards on medical care for people travelling aboard cruise ships, which are currently unregulated; --called for increased public awareness of the 'hidden nightmare' of problems created by sleep deprivation. Drowsiness and fatigue are known to be factors in work and motor vehicle accidents.

Odd News // 15 hours ago
New Jersey elephant building listed for three nights on Airbnb
Feb. 27 (UPI) -- The caretakers of New Jersey's Lucy the Elephant announced the landmark is being listed on Airbnb for three nights, allowing guests to stay inside the 138-year-old structure.

Odd News // 16 hours ago
8-foot beehive removed from Virginia apartment ceiling
Feb. 27 (UPI) -- A wildlife control company shared photos from a Virginia apartment in which an 8-foot-long beehive was found inside the living room ceiling.

Odd News // 18 hours ago
Deer crashes through window of Vermont bank
Feb. 27 (UPI) -- A deer dashing through a Vermont town jumped through the window of a bank and made a mess of an office.

Odd News // 19 hours ago
Hippo wanders through gas station parking lot
Feb. 27 (UPI) -- A gas station in a South African city shared video of a hippopotamus drawing a crowd by wandering through the parking lot. 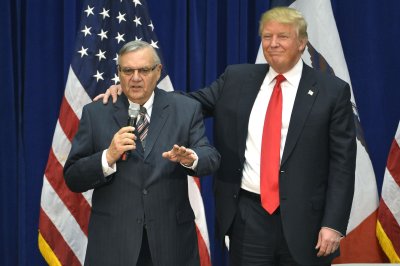