NEW YORK, Jan. 4 -- How do Broadway stars' salaries stack up against Hollywood stars' salaries? Not very high. But the Broadway stars whose very names guarantee big box office are doing all right, compared to their predecessors 30 or 40 years ago. They may not be paid on the scale of movie megastar Sylvester Stallone, who rates $20 million per movie, but performers like Julie Andrews have the potential to earn $3 million annually for her performance in the megahit musical 'Victor/Victoria.' By comparison, the late Ethel Merman pulled down only about $130,000 a year for 'Gypsy' in 1959, plus 10 percent of the gross box office receipts -- which is where she really cashed in. Andrews reportedly gets a weekly salary of $50,000 plus 10 percent of the weekly box office gross above $600,000. 'Victor/Victoria' took in $840,324 last week, breaking the Marquis Theater's box office record and giving Andrews a $24,000 dividend. According to top theatrical agent Lionel Larner, Broadway salaries have tended to follow the trend of Hollywood salaries -- 'up, up, always up.' 'As Hollywood salaries shot out of sight, the theater had to become more competitive in order to lure top talent away from movies and television,' Larner said. 'That has often resulted in the stars having the upper hand in contract negotiations.' Of course working in the theater generally means eight performances a week with only about two weeks vacation time a year, compared to the few months of sporadic filming it takes to make a Hollywood movie.

Now, most top stars can afford to make only one film a year whereas the big film names of yesteryear thought nothing of making three or four films a year. In terms of performance energy expended, Broadway is by far the most demanding acting medium. But even with the lower pay, many film stars just below the superstar level want to appear occasionally in Broadway and Off-Broadway productions for the broadening experience and to enrich their reputations. Based on information gleaned from the League of American Theaters and Producers and entertainment industry sources, Andrews and Carol Channing in 'Hello, Dolly!' are currently the biggest wage earners on Broadway. Andrews will earn even more when 'Victor/Victoria' eventually becomes profitable to its investors. She will get a 5 percent share of the payout. This generous arrangement may have something to do with the fact that the major producer of the show is Andrews' husband, Blake Edwards, who also wrote and directed. But Edwards also has co-producers who are looking out for their own interests. The only other show on Broadway whose star has her husband as producer is Zoe Caldwell playing diva Maria Callas in the hit drama 'Master Class,' produced by Robert Whitehead. Caldwell is reported to be earning only about $10,000 a week, but then the near sell-out play grosses only about $240,000 a week. Carol Burnett, whose name made it possible for the farce 'Moon Over Buffalo' to survive dismal critical reviews, also is earning approximately $10,000 a week. She is working without any share of the box office gross because she wanted a contract that ended in March and gave her Tuesdays off, a luxury few actors have. The salary that comes nearest to matching Andrews' and Channings' is Betty Buckley's $35,000 a week plus 5 percent of the box office gross over $600,000 for playing Norma Desmond in 'Sunset Boulevard.' The musical's gross is averaging $775,000 a week. Glenn Close, who originated the role on Broadway, got $48,000 a week plus 10 percent of the gross. Channing, who has been playing 'Hello, Dolly!' off and on for more than 30 years, got a $2 million guarantee up front when she embarked on a national tour of the current revival of the show last year. Now that the musical has come to Broadway, Channing is said to be making about $55,000 a week plus 10 percent of the gross. There are few male actors in the theater's top salary category. Matthew Broderick, who recently departed 'How to Succeed in Business without Really Trying,' reputedly was making $15,000 a week plus 5 percent of the ticket sales take after weekly show expenses were met. This meant he was taking home about $20,000 a week. Broderick also will get 5 percent of the show's net profits, so that when 'How to Succeed' goes on tour, he will get about $1,500 a week even though he will not return to the show. Broderick has been succeeded in the role of J. Pierrepont Finch by TV star John Stamos, who is undoubtedly earning less than Broderick. John Hart, producer of 'How to Succeed' noted that whatever Broderick makes out of the show, it is peanuts compared to what he can get in any other medium. 'Stars come to Broadway for a number of reasons, but money isn't one of them,' Hart said. 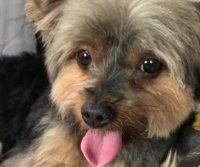