PLEASANTON, Calif., March 22, -- ComputerLand Corp., once the nation's top computer retailer, said Tuesday it has changed its name to Vanstar Inc. to reflect its strategy of focusing on direct sales and contract services to large companies.

The deal with Merisel generated $80 million in cash. Vanstar said the funds will allow it to concentrate on corporate contract servicing through more than 100 branch offices in most U.S. markets.

'The Vanstar name was selected because we see ourselves in the vanguard of cost-effective desktop technology deployment and management in large organizations, as well as a star provider of fully integrated PC products, programs and services,' said William Y. Tauscher, chairman and chief executive officer.

Analysts have noted that Vanstar, which is privately held and has annual revenues of more than $1.1 billion, faces intense competition in outsourcing business where margins tend to be lower than most other service businesses. Rivals include Entex Information Services, Inacom, Micro Age and Compucom.

Vanstar said it is the largest single seller and servicer of multi- vendor personal computers to end users in the United States with more than 400 major corporate accounts and some 25,000 field maintenance customers. Vanstar estimated it handles more than 70,000 service dispatch calls monthly.

Merisel, the nation's largest publicly held distributor of computers and software with annual sales of close to $3 billion, bought a network of 238 ComputerLand franchises and about 500 Datago affiliates, which produce annual revenues of about $1 billion.

ComputerLand, which once had a loosely knit franchised network of more than 600 dealers, has survived in recent years by shifting its focus away from the crowded middle market, where mail-order firms such as Dell Computer, Zeos and Gateway 2000 and superstores such as Inacom, Bizmart and CompUSA have been engaged in ferocious price-cutting.

Sports News // 3 hours ago
USA baseball powers past Dominicans to land in Olympic semifinals
Aug. 4 (UPI) -- Team USA advanced to the Olympic semifinals in men's baseball on Wednesday by defeating the Dominican Republican with a pair of home runs and solid defensive play. 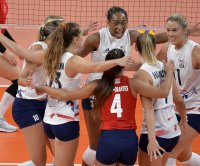 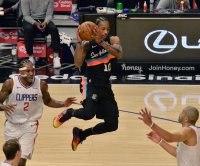