WASHINGTON -- President Clinton said Thursday he will cooperate fully with the special counsel appointed to investigate his involvement in a failed Arkansas land deal, even if that means testifying under oath.

In an interview on CNN's 'Larry King Live' show, Clinton said he welcomes the investigation.

'Whatever they want to do, we'll be glad to do it,' Clinton said.

'The main thing I want to do is to just have that turned over to him so we can go back to work. I just want to do my job. I don't want to be distracted by this anymore,' Clinton added.

Fiske, a lifelong Republican and former U.S. attorney, was named special counsel in the criminal investigation by Attorney General Janet Reno. Clinton said he does not know Fiske and was not aware that he would be Reno's choice.

'I didn't know anything about it,' Clinton said.

Fiske also said he would investigate last July's suicide of deputy White House counsel Vincent Foster. Documents relating to the Arkansas land deal were taken from Foster's office after his death, but were given to the Justice Department earlier this month.

Clinton's comments and Fiske's appointment came as Clinton's latest poll numbers showed an increase in support from the American people, who appear not to be concerned with the Whitewater affair.

The Wall Street Journal/NBC News poll released Thursday showed that 60 percent of those surveyed said they approved of the job Clinton has done as president, an increase of 4 percent from the previous Journal/NBC poll. The poll also showed that 50 percent of those surveyed say Whitewater does not concern them that much, while 41 percent said it was an important issue.

U.S. News // 4 hours ago
Thunderstorms to rumble around 'ring of fire' this week
May 31 (UPI) -- A swath of stormy weather will trace the periphery of a heat wave in parts of the U.S. this week. Residents all the way from the northern Plains to the mid-Atlantic and perhaps even the Northeast will have to be on the lookout for the unsettled weather. 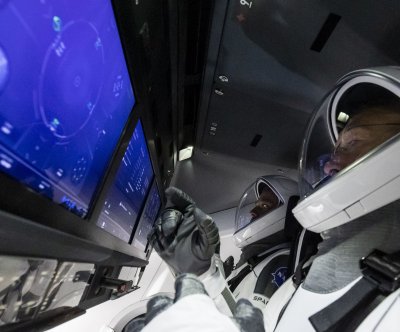 Health News // 23 hours ago
Coronavirus was already spreading in U.S. in January: Study
More evidence has surfaced that the COVID-19 coronavirus was circulating in the United States as much as a month prior to the first confirmed local case in February.