Chelios received a club-record 37 penalty minutes in one period in a 6-2 loss to Hartford and had 51 for the game. Chelios picked up an instigator penalty for fighting, a misconduct and a double game misconduct at 3:19 of the third period.

Chelios won the Norris Trophy as the NHL's best defenseman for the second time last season after scoring 73 points on 15 goals and 58 assists. The five-time all-star also collected 282 penalty minutes in 1992-93.

Chelios missed Chicago's game in Winnipeg on Oct. 16 and Monday's game versus Dallas. He will also sit out the Oct. 21 game versus Quebec and Oct. 23 versus Detroit.

Rouse and Probert each were suspended as a result of a stick-swinging incident Friday. Probert initiated the high-sticking incident with Rouse and received a misconduct penalty for resisting a linesman. Probert served the first game of his suspension versus Toronto on Oct. 16 and missed Monday night's game at Buffalo. He will also sit out the Oct. 21 game versus Winnipeg and Oct. 23 at Chicago.

Rouse was suspended for deliberately attempting to injure Probert by swinging his stick at him. Rouse, who received a match penalty, served the first game of his suspension in Detroit on Oct. 16 and will also miss games on Oct. 19 versus Hartford; Oct. 21 at Florida and Oct. 23 at Tampa Bay.

Houda received his suspension for deliberately injuring Buffalo's Randy Moller with a headbutt on a game at Buffalo on Oct. 10. Houda, who received a match penalty, has already served three games of the suspension and will miss Hartford's games at Toronto on Oct. 19 and versus Quebec on Oct. 20.

U.S. News // 22 minutes ago
Cold storm to bring unsettled weather to California, southwestern U.S.
Following a record dry February, a storm will send rain and mountain snow to California and the balance of the Southwestern states into Monday. 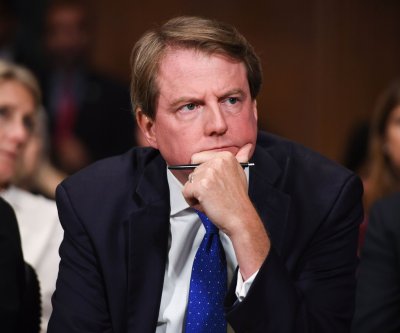