Officials at Kennywood Park, which has been operating for 96 years, said Thursday an increase in gang-related violence had prompted their decision.

Kennywood also has changed admission policies and strengthened its dress code to prevent all gang colors or gang-inspired clothing. Kennywood's director of community relations, Andrew Quinn, said people who display colors or who put on gang-related clothing after entering the park will be thrown out without getting their money back.

Kennywood also will not sell general admission tickets after 7 p.m. to anyone under 21, unless they are accompanied by a parent. The West Mifflin park closes between 10 p.m. and midnight.

Quinn said, 'We have a reputation as a place for clean, family fun and we wanted to prevent any problems before they happened.' 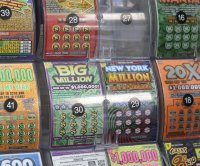 Odd News // 8 hours ago
Wrong-number text gets high school team a video call with the Buccaneers
Nov. 30 (UPI) -- A Michigan high school basketball team's wrong-number mistake in a group text led to the team getting an unexpected video chat session with the Tampa Bay Buccaneers.

Odd News // 12 hours ago
Goat escapes from city-owned herd, wanders town for four days
Nov. 30 (UPI) -- A goat employed by an Iowa city to clear invasive plant species escaped from the rest of the herd and went wandering for four days. 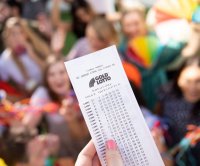