NEW YORK -- Roseanne Arnold, furious because ABC is dragging its feet about renewing the contract for her husband's TV series, has threatened again to sever connections with the network, it was reported Friday.

The star of 'Roseanne,' which is the second-ranked primetime TV show, first theatened ABC with taking her show to another network on NBC's 'Tonight' show two weeks ago. She reiterated the threat Thursday in a telephone interview with the New York Times from her vacation home in Iowa.

Saying her relationship with ABC was 'absolutely over,' Arnold said she would take 'Roseanne' to another network after the one more year that her contract allows. She said she also has talked to other networks about creating a new series for her husband, Tom Arnold.

Arnold's relationship with ABC soured when network president Robert Iger refused to make an immediate decision on rewing Tom Arnold's series, 'The Jackie Thomas Show,' which she produces. She admitted ABC has until May to make a decision on the show but said she felt entitled to know Iger's decision earlier, preferably by April 15 when she and her husband left Los Angeles for Iowa.

She charged that Iger had lied to her and complained of being 'treated with disrespect.

Iger announced ealrier this week that ABC has reached an agreement with the Arnolds for exclusive rights to the next TV series they produce or star in but Arnold said she had not signed it.

'That deal is on our desk in Los Angeles,' she told the Times. 'I will refuse to sign it. Why should I be in business with people who lie to me?'

Arnold said she has had talks with CBS about a new comedy for her husband.

'We'll be partners on that show,' she was quoted. 'And if CBS treats me well, I'll remember that when they come to talk to me about where I move 'Roseanne'.'

She said she had plans to talk with NBC and Fox about the future of 'Roseanne,' which finished in second place after CBS's '60 Minutes' as the most watched primetime TV show of the 1992-93 season, which concluded last week.

'The Jackie Thomas Show,' which follows 'Roseanne' immediately on Tuesday nights, was the 16th highest rated television show last season, although it loses about a quarter of the 'Roseanne' audience.

Arnold said that if ABC decides in May to renew 'The Jackie Thomas Show' for another season she would consider agreeing -- 'only if it was written in front of 10,000 lawyers and notary publics.' 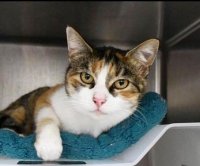