BOSTON -- Boston Mayor Raymond Flynn, an anti-abortion Democrat and devout Roman Catholic, was nominated Tuesday by President Clinton to be the next U.S. ambassador to the Vatican.

Flynn, 53, who has been the city's chief executive for 10 years and served asco-chairman of Clinton's campaign committee last fall, said he accepted the offer in an afternoon phone call from the president.

At an emotional news conference outside the Gate of Heaven Church in South Boston, where he worships almost daily, Flynn called the nomination 'an extreme honor, not only for me and my family, but for the people of Boston.'

Fighting back tears at times, Flynn said he would use the post to 'continue the message I fought for in Boston, and that is social and economic justice.

'That's what the Catholic Church is about...and that's why this is such a huge honor,' he said.

Flynn said he had also spoken to Boston's Cardinal Bernard Law, who told him he was 'delighted' with the nomination.

Flynn's announcement touched off a scramble to replace him in a special election expected to be held in September.

'I think you'll see a major donnybrook to succeed him,' said City Councilor Joseph Nucci, one of at least half a dozen likely candidates.

City Council President Thomas Menino, who will be acting mayor until the election, was considered the early favorite to win the race.

Flynn, a former president of the U.S. Conference of Mayors, is considered a liberal on most political and social issues and has been a leading advocate of increased federal aid to the cities. But like the church, he strongly opposes abortion rights, and has also blocked efforts to dispense condoms in city schools to combat the spread of AIDS and other sexually transmitted diseases.

Flynn, a former All America basketball player at Providence College who tried out with the Boston Celtics in 1960s, was first elected mayor in 1983 after eight years in the Massachusetts House and five years on the City Council. He won a third, four-year term in 1991 with 75 percent of the vote, the biggest majority of any mayor in Boston's history, and had been considered the strongest potential challenger to Republican Gov. William Weld in 1994.

Flynn, who has long been a vocal opponent of British policy in Northern Ireland, was also rumored as a possible U.S. peace envoy to Ulster after Clinton was elected in November. But the president has so far declined to create the post, which he favored during the campaign, apparently because of opposition from British Prime Minister John Major.

Odd News // 4 hours ago
Deer rescued from basement of house under construction
Jan. 20 (UPI) -- Conservation agents in Missouri rescued a deer that wandered onto a construction site and became trapped in the basement foundation.

Odd News // 4 hours ago
Florida man reunited with class ring after 53 years
Jan. 20 (UPI) -- A Florida man who lost his high school class ring more than 53 years ago had the item returned to him after its discovery at a U.S. Army base in Hawaii led to a search for its owner. 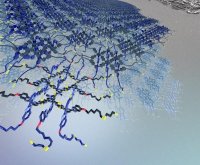 Odd News // 9 hours ago
Canadian BMX rider breaks record for longest manual
Jan. 20 (UPI) -- An Alberta BMX rider broke a Guinness World Record with a 2,126.87-foot manual -- a wheelie trick where the rider is not allowed to pedal while the wheel is off the ground. 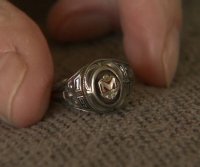