MIAMI -- Florida State Coach Bobby Bowden was grateful for the Orange Bowl Trophy, but couldn't help lamenting, 'There is one more we ain't got.'

'We're going to finish second by one game again,' Bowden said Friday after his Seminoles ended their year at 11-1 with a 27-14 victory over Nebraska in the Orange Bowl.

The one FSU ain't got, of course, is the national title, which will all but certainly go Alabama after the Crimson Tide, ranked second entering the game, recorded a 34-13 victory over No. 1 Miami in the Sugar Bowl.

The Seminoles entered the Orange Bowl ranked third, their only loss a 19-16 decision to Miami. Nebraska came into the game at No. 10.

'It's our fault we don't beat Miami,' Bowden said. 'But I'm thankful we got to the end of the year and people are saying we're playing our best and playing as well as anyone else.

'I'm not saying we deserve to win the national championship. The people who deserve it are winning it tonight,' he added, before the Sugar Bowl was over.

Charlie Ward was named the game's most valuable player. He threw two touchdown passes in the first half, as the Seminoles held on through a second-half rain.

'We were three points away from the national championship,' Ward said, referring to the Miami game. 'The second part of the year we were strong as anyone else.'

Ward, who will switch to basketball as the Seminoles starting point guard at Virginia Wednesday, threw touchdown passes of 25 yards to freshman Tamarick Vanover and 4 yards to Kez McCorvey in the first half.

Nebraska scored with 1:03 left in the first half on a 41-yard pass from freshman Tommy Frazier to Corey Dixon to make it 20-7 at the break.

Sean Jackson added an 11-yard burst over left guard with 4:52 left in the third quarter to increase the cushion to 27-7.

Nebraska closed to 27-14 on a 1-yard pass from Tommy Frazier to tight end Gerald Armstrong with 10:24 left in the game.

'I told our players we're proud of them,' Nebraska Coach Tom Osborne said. 'We played well enough to win. I imagine many people in the media won't see it that way. We didn't execute very well. We missed a couple of field goals and had a couple of turnovers, and gave Florida State one fairly easy touchdown. If those things don't happen, it's a ball game.'

It was the Seminoles' eighth straight bowl victory, and 9-3 Nebraska's sixth consecutive postseason loss. Bowden is now 10-0-1 in bowls at Florida State.

Frazier said the result was a disappointment because the Cornhuskers didn't execute, although he did find some positives.

'I think we earned a little bit of respect, but not as much as we wanted,' he said.

Vanover's first-quarter touchdown finished off an eight-play, 75-yard drive. A 5-yard face-mask penalty and a 15-yarder for roughing the passer moved the ball to the 25. Vanover slanted toward the post and grabbed Ward's pass over cornerback John Reece on the 3 and dived in for the score.

'I thought at first they played like they could beat us, but they kind of lost their fight after we got them down,' Vanover said.

Mowrey's 40-yard field goal was set up by a 29-yard reverse by Vanover and a 28-yard handoff and pass from Jackson to Ward down the left sidelines.

On the second play after the kickoff, Frazier threw a wild pitchout that Florida State defensive end Dan Footbman recovered on the 2. The Cornhuskers pushed the Seminoles back to the 4, but then Ward found McCorvey all alone in the end zone to make it 17-0 with 9:22 left in the second quarter.

'We really kind of shot ourselves in the foot, and we couldn't come back,' said Nebraska running back Calvin Jones. 'But I don't think offensively or defensively we ever let down.'

Dixon had to fight Seminole defensive backs Corey Sawyer and John Davis for the ball, but took it off Sawyer's helmet for the touchdown.

Nebraska had two other scoring opportunities in the first half, but Byron Bennett was wide from 23 yards early in the second quarter and wide left again from 23 yards with 6 minutes to go.

Jackson's touchdown finished off a 16-play 85-yard drive in the rain that consumed 7:48 of the third quarter. The big plays were passes by Ward of 10 yards to Shannon Baker and 14 to Jackson.

Armstrong's touchdown for the Cornhuskers capped a seven-play, 70 yard drive. A 37-yard pass from Frazier to Dixon put the ball on the 1 and set up the score. 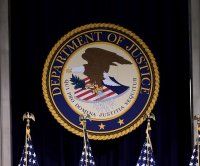