Carter ready to consult with Clinton

WASHINGTON -- Former President Jimmy Carter says he 'would expect' President-elect Bill Clinton to consult with him during his administration, particularly in the field of foreign affairs.

During an interview on the NBC 'Today' program, Carter, the last Democrat to reside in the White House -- 1977-1981 -- said he did not appreciate the Bush-Quayle campaign trying to strike fear in the American voters by saying a Clinton administration would be a return to a Carter presidency.

'I didn't like it very much,' Carter said. 'But it didn't turn out to be very successful.'

Asked if Clinton should consult him on such matters as foreign affairs, Carter said, 'I think so,' particularly on such issues as human rights, holding of elections and the ending of civil wars.

'I would expect Bill Clinton to consult with me,' Carter said. 'There are a few domestic issues where we feel particularly qualified, like in the arena of health.'

Carter advised Clinton to 'quite early,' even before he takes the helm next January, 'to form a bipartisan study group...to deal with the most controversial issues' such as the deficit, health care, education and the environment. 'It ought to be a clear indication quite early to the American people that for the first time in...10 years or so, the Congress and the White House will be working together and Democrats and Republicans will be sharing responsibilities for the major issues that face our country.'

Health News // 5 minutes ago
Lost sense of smell returns for nearly all COVID-19 survivors
A year on, nearly all patients in a French study who lost their sense of smell after a bout of COVID-19 did regain that ability, researchers report. 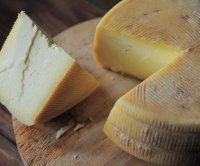 Odd News // 1 hour ago
Photographer unexpectedly captures proposal, finds couple on Twitter
June 24 (UPI) -- A photographer who happened upon a marriage proposal at a scenic San Francisco location was able to find the couple from the photos she snapped on social media.

Odd News // 2 hours ago
Teenager rescued from former bank vault at New York clothing store
June 24 (UPI) -- Firefighters broke through a wall in New York to rescue a 14-year-old girl who was trapped inside a clothing store dressing room that used to be a bank vault. 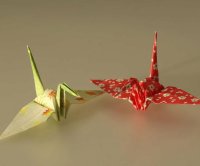