HOUSTON -- The father of a second grader went on a shooting spree at the Piney Point Elementary School in southwest Houston Friday, wounding two officers and prompting teachers and students to flee the campus.

Police said no children were injured. The wounded officers were taken to Ben Taub Hospital where doctors reported both of them in stable condition after one had undergone surgery. A third officer hurt his ankle during the fracas.

Calvin Charles Bell, 44, was jailed on two charges of attempted capital murder, police said. The father of a second grader at the school, Bell had no prior criminal record in Houston.

Armed with two semi-automatic weapons and a knife, Bell went to the school's office shortly before 8 a.m. CDT where he got into an argument and shot at a clerk, but the bullet missed and struck a wall instead, officers said.

Classes had not started when Bell walked down a hall with his guns, police said. Upon seeing the gunman, some teachers rushed students out of the building while other teachers pushed students into classrooms and locked the door behind them.

A police spokesman said Bell, 'proceeded down the hallway, exited the building and barricaded himself into another building.'

While walking down the hall he shot an officer teaching an anti-drug class at the school, striking him once in the left shoulder and once in the right side of his back, investigators said.

Other officers surrounded the side building on the school campus and arrested Bell after he put down his guns. An officer who fell while running was treated and released from Hermann Hospital for a sprained ankle.

Five officers escorted Bell into the downtown police headquarters for questioning, and he later was transferred to the jail.

Many of the students and teachers ran to a business parking lot near the school, but other students scattered as they fled the campus. Teachers gathered those students together a couple of blocks from the school.

Police Chief Sam Nuchia spoke with the injured officers, saying both were very concerned about the students.

'They're still having to deal with what they saw out there,' Nuchia said.

Mayor Bob Lanier spoke with the officer who was shot once.

'His concern really wasn't for himself. It was for the youngsters and how badly they were disturbed and that they were threatened,' Lanier said of the officer.

Last Friday, a 17-year-old student pulled a pistol during an argument at an Amarillo high school in the Texas Panhandle, injuring seven students, one of them seriously.

Odd News // 1 hour ago
Watch: Man breaks Guinness record with 24 Nerf dart hits in 1 minute
Sept. 28 (UPI) -- An Idaho man broke his own Guinness World Record when he got 24 shots from a single-load Nerf gun to stick to a target in 1 minute.

Odd News // 1 hour ago
Watch: Bear with three legs steals Diet Coke from Florida garage
Sept. 28 (UPI) -- A Florida resident's home security camera captured footage of a bear that walked into an open garage and made off with a bottle of Diet Coke.

Odd News // 3 days ago
Watch: Woman hugs tree for over 10 hours to break Guinness record
Sept. 25 (UPI) -- A Tennessee woman broke a Guinness World Record by hugging a tree in a Chattanooga park for 10 hours and 5 minutes. 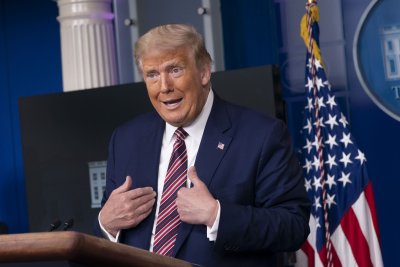 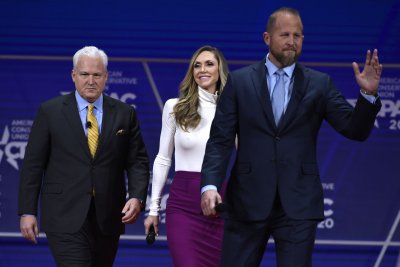 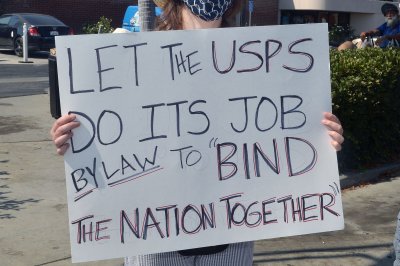