Rockefeller will ask court to place him on ballot

ALBANY, N.Y. -- Laurance Rockefeller plans to appeal Wednesday's state Board of Elections ruling that he failed to qualify for a primary battle with Sen. Alfonse D'Amato, a spokeswoman said Wednesday.

Elections Commissioner Owen Smith, a Republican, ruled that only 6, 860 of the 10,774 petition signatures submitted by Rockefeller's campaign were valid. State election law requires 10,000 valid signatures to run in the primary.

His ruling was in response to a challenge to Rockefeller's petitions by Peter Savago, the Ulster County Republican chairman and a D'Amato supporter.

'We're convinced that when the state Supreme Court looks at the basis on which many of the signatures were rejected, the court will agree with us that they should be restored,' Florman said.

Rockefeller has also sued the Board of Elections in federal court. That suit seeks to have the number of signatures he needs reduced to 7, 500.

Attorneys for Rockefeller and the board were scheduled to meet with U.S. District Court Judge John Martin Thursday afternoon to file briefs in that suit, Florman said.

D'Amato was running unopposed and appeared to be cruising toward his party's nomination to a third term when Rockefeller announced his last- minute candidacy July 8.

State GOP Chairman William Powers, a former top aide to D'Amato, has placed the party's organization squarely behind the incumbent.

Florman claims most New York Republicans are disappointed in D'Amato, especially on the question of abortion rights, and attacked the party leadership for 'denying them a choice.'

Florman cited a poll of 600 registered Republicans conducted for the Rockefeller campaign by a New Hampshire polling firm.

The poll showed '80 percent disagree with Al D'Amato on abortion and other fundamental issues,' she said.

'We feel that Larry Rockefeller is the best thing that could happen to the Republican Party in New York. I don't think Al D'Amato could beat the Democrats,' she said.

Powers has said Rockefeller is 'in the wrong party.'

If necessary, the Republican primary will be on the same day as the Democratic primary, Sept. 15.

Odd News // 36 minutes ago
Buck crashes through Kansas woman's home
Oct. 28 (UPI) -- A Kansas woman who heard a noise at her front door received a shock when a deer burst through her door and ran through her house. 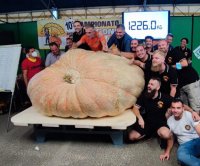 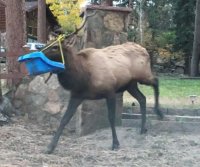 Odd News // 1 day ago
Bear crashes wedding reception in Mexico
Oct. 27 (UPI) -- A wedding in Mexico became an even more memorable event for everyone present when the reception was interrupted by an unusual crasher: a bear in search of food.
Advertisement