PITTSBURGH -- Members of a Teamsters local representing truck drivers and circulation route managers went on strike against The Pittsburgh Press Co. Monday, halting distribution of the afternoon newspaper and the morning Post-Gazette.

The seperately owned Post-Gazette is printed under a Joint Operating Agreement with The Press Co. The Post-Gazette's first edition was printed and distributed Sunday night before the strike began.

Local 211 represents about 600 Press employees who are truck drivers or circulation route managers. The Teamsters and nine other craft unions at the Press had been working without contracts since the old pacts expired Dec. 31. The unions represent a total of 1,250 company employees.

The strike occurred on the day the Press planned to begin implementing its new distribution plan. The Press wants to get rid of about 4,000 youth newspaper carriers and have more than 1,000 adults deliver the newspapers.

The Press's plan also calls for about 450 Teamsters' jobs to be eliminated. The Press wants to have the new adult carriers pick up the newspapers at centralized distribution points, eliminating a number of routes and drivers' jobs.

Press officials said in a statement the strike was an overreaction to negotiations held during the weekend.

The Press said a decision regarding the publication and distribution of future editions of both newspapers would be made on a daily basis.

Newspaper officials said they remain ready to negotiate at any time.

No picket lines were set up at the Press building downtown, which allowed other union members to report for work. Many of those union members were sent back home but under Pennsylvania law they would be eligible for unemployment compensation benefits.

The National Labor Relations Board last week issued a complaint charging the Press Co. with six unfair labor practices, including abandoning a driver route-scheduling procedure without the approval of Local 211. The NLRB complaint said the company 'has been failing and refusing to bargain collectively and in good faith.'

The strike against the Scripps-Howard-owned Press is the first against a Pittsburgh newspaper since 1975. That strike lasted three months. 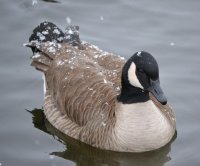