The barber who invented UNO knew the game had...

JOLIET, Ill. -- The barber who invented UNO knew the game had potential. But it took a funeral director, a helicopter gunship pilot and a bank teller -- with assists from Bozo the Clown and retailer Sam Walton -- to make it the best-selling card game in the world.

It was the first product and for a long time the only product of International Games Inc. in Joliet.

The company is marking its 20th anniversary this year. But in the tough, early going, its founders wondered if it was possible for a one- product company to survive.

The story behind UNO and International Games began in the late 1960s with Merle Robbins, the Cincinnati barber who invented the game and sold it from the trunk of his car and at Kiwanis Club conventions.

A neighbor of Robbins' took a few decks to nearby Louisville, where Bill Apple -- recently returned from duty as a helicopter gunship pilot in Vietnam -- got one.

Apple introduced the game to his brothers-in-law, Bob Tezak and Ed Ackeman, during a Thanksgiving gathering at his Louisville home in 1971.

'It was miserable weather that weekend so we just played game after game,' Tezak recalled. 'As we were playing, I got the thought how it was a simplified version of Crazy Eights and how some things could be added to to make it a little different.'

'As a kid I was a Crazy Eights player. I used to play constantly, every chance I got. The new game was a lot like Crazy Eights but easier to learn,' said Tezak, now president of International Games.

The object of UNO is to get rid of all the cards in your hand. You can discard one card each turn if you have a card that matches the number or color of the top card on the discard pile.

You can also discard 'Wild' cards, and there are several types. Like the 'Skip' wild card. If the person before you discards one, you lose your turn. And if your predecessor discards a 'Draw Four' wild card, you have to pick up four cards.

Ackeman and Tezak decided to buy the rights to the game from Robbins and persuaded Apple, who was still in the Army and stationed at Fort Knox, Ky., to chip in.

In early 1972 they struck a deal with Robbins.

Tezak had some experience with business startups and had been involved in a number of businesses of his own in addition to his family's combination florist shop-funeral parlor in Joliet, where he was filling in as funeral director.

With the rights to UNO secure, the partners made some modifications in the game, and International Games soon set up shop in the back room of the Tezak family florist shop -- right next door to the mortuary.

Ackeman took a two-year leave of absence from the Indianapolis bank where he was a teller and moved to Joliet to work full-time for International Games.

To give the impression of a larger company, he said, he used three different voices -- low, medium or deep -- depending on which department he was supposed to be.

Tezak, meanwhile, kept his job at the funeral parlor next door. At night he and Ackeman collated decks and wrapped them for shipping.

The first year, they sold 5,000 decks to mail-order customers who learned of the game by word of mouth. And they collected their first dividend checks of$18 apiece.

'We just knew absolutely nothing about the toy businesses and started a trial-and-error process that was very interesting but very rocky. ... We were very lucky,' said Tezak,

They couldn't get a foot in the door of major chain buyers. Nobody wanted to deal with a one-product company.

But they kept plugging.

In late 1973, they donated games to be given as prizes on the The Bozo Show, a popular children's TV show featuring Bozo the Clown. The show, broadcast daily on WGN in nearby Chicago, helped spark interest in UNO.

In fact, Ackeman said, it was the exposure the product got on The Bozo Show that caught the eye of buyers from Hook Drugs. The Indianapolis-based drug chain became International Games' first big customer in 1976.

But the floodgates opened the following year.

Tezak made a sales call at Wal-Mart's Bentonville, Ark., headquarters. There was nothing encouraging about the meeting, he said, until the door of the buyer's office swung open and Wal-Mart Chairman Sam Walton walked in.

'I can see this guy isn't about to place an order, but I'm still making my pitch when Sam Walton walks in and says, 'How ya' doin', son?'' Tezak said. 'So I told him about UNO.

'When I got done,' Tezak recalled, 'he was quiet for awhile. Then he said, 'Buy a couple gross from the boy.' That made us. What Wal-Mart buys, everybody buys.'

Last year International Games sold its 87 millionth deck of UNO, now the world's No. 1 card game other than playing cards. UNO is sold in 25 countries and instructions are available in 16 lauguages.

And International Games's line has been expanded to 35 products, including the No. 2 card game in the world, Skip Bo.

Ackeman and Apple have retired on their profits, leaving Tezak to run the company.

'We took a good concept and made a great game,' said Tezak. 'With tenacity and faith, we got through the hard times and, in fact, grew into our name.'NEWLN: 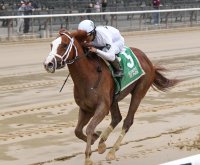 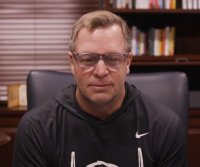